Tariff Time: America Will Soon Feel the Pain of the U.S.-China Trade War 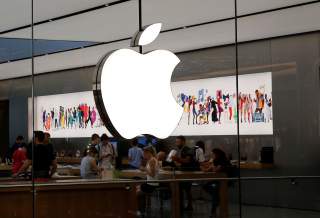 The long U.S.-China trade war is about to hit another mile marker.

Tariffs are a tax on American consumers and businesses, and the administration has already begun a process to increase tariffs even more.

The U.S.-China trade war persists in American headlines. It’s clear that the punitive tariffs imposed by the Trump administration have far-reaching implications for a host of U.S. sectors—from retail to farming—while changing little of China’s economic practices.

The American people have yet to hear clear economic reasoning from the administration regarding the continued hikes in tariffs, other than the fact that negotiations with China are difficult.

Americans deserve a real, economic justification from the White House for the continued increase in tariffs. Congress also has an important role to play in helping Americans understand the implications of the ongoing trade war.

The significant increase in these taxes has led to concern over particular sectors of the U.S. economy that will bear the brunt of these costs.

With China being America’s largest customer for exported agricultural products, the tax is especially concerning to farmers, many of whom will shoulder the weight of retaliatory tariffs aimed at the U.S. agricultural industry.

President Donald Trump on May 23 rolled out an additional $16 billion agricultural-aid package to help farmers across the United States. Yet the subsidy does nothing to provide already heavily subsidized farmers and their agricultural products access to the markets they’ve relied upon to survive and thrive.

So, what are the costs of the U.S.-China trade war?

One recent study found that the economic burden of Trump’s 2018 tariffs fell mainly on domestic consumers, resulting in a reduction in U.S. income by $1.4 billion a month. If the tariffs were to remain at last year’s rate, the average American household is expected to pay $770 in higher costs for every year the tariff remains in place.

A follow-up study conducted by the Federal Reserve Bank of New York found that the tariffs would result in an average annual household cost of $831. That’s a jump, up from $419 in 2018.

Analyst Nien Su, a former chief economic adviser to the House Foreign Affairs Committee, projects a yearly cost of between $800 and $1,000 per consumer.

A study from Trade Partnership Worldwide examined the additional 25% tariff hike on U.S. imports of Chinese goods having an annual monetary impact of $2,389 on a family of four.

Overall, those tariffs will result in slower economic growth, a drop in exports, and even an estimated 2.2 million jobs lost. And for what?

The continued debate over the U.S.-China trade war is evidence that the American people remain in the dark about its positive or negative effects, both for the country as a whole and for individual Americans. Americans should be aware of both—especially if they will have to live out the consequences of the trade war.

The White House should provide economic reasoning for the tariff hike and should be upfront with the American people about its tangible impacts. Congress, as representatives of the people, should care more about how these tariffs will affect their communities.

In that respect, as is usually the case, transparency is the best policy.

This article by Sarah Brown and originally appeared at The Daily Signal. This article first appeared in 2019.