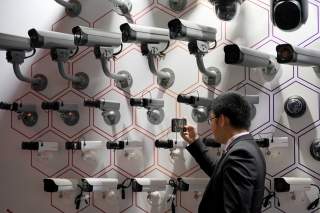 Lawmakers are too busy wrestling with matters related to President Donald Trump’s impeachment to address issues related to the government’s deployment of facial recognition technology.

Big tech is selling such technological know-how to police agencies and embedding it in smartphones while lawmakers remain distracted, Politico reported Monday. Other issues are also taking precedent, namely the death of one lawmaker who led efforts to regulate artificial intelligence.

“Unfortunately impeachment has sucked all the energy out of the room,” Rep. Stephen Lynch of Massachusetts, who chairs the House Oversight National Security Subcommittee, said in a statement, according to Politico.

Lynch was referring to a Democrat-led effort to impeach President Donald Trump for abuse of power and obstruction of Congress.

Other lawmakers say the death of former House Oversight Chairman Elijah Cummings, a Democrat, is also holding up progress. “There hasn’t been anything that’s happened right now. … Elijah’s death put that on hold,” Rep. Mark Meadows of North Carolina, a Republican who sits on the committee, told Politico.

The House Oversight Committee are exploring a bill designed to block federal funding for any new use of expanded use of facial recognition technology by the government, according to Politico. Lawmakers on both sides of the aisle want to restrict the FBI, TSA and other agencies from deploying the tool at leisure.

“We don’t want any more money being used, no money used to expand what we have or to purchase any new ability to impact or use this technology,” GOP Rep. Jim Jordan of Ohio told Politico. “I’ve been all focused all on impeachment,” so working with Republicans on sticky parts of such a bill is difficult, he noted.

Meanwhile, San Francisco officials are taking matters into their own hands. The city’s Board of Supervisors voted 8-1 in May to make San Francisco the first American city to block police from using the tool.

Facial recognition technology is not without its supporters, who say it can be a useful tool to nab criminals. Authorities, for instance, used a similar piece of technology to identify a person who shot and killed several people in 2018 at the Capital Gazette newsroom in Annapolis, Maryland.

Concerns about its use come as a handful of U.S. colleges employ the technology to create a type of Chinese-like social credit system by which professors can track their students and determine if they are attending class.

Universities across the country are using the so-called SpotterEDU app to connect with apps on students’ smartphones for the purpose of boosting their “attendance points.” The app also sees their absences and logs that information into a campus database that tracks them.

SpotterEDU works with about 40 schools, including Central Florida, Missouri and Indiana, according to company chief, Rick Carter, a former college basketball coach. He developed the app in 2015 to watch over his athletes as they navigated their respective campuses.

Reports of their use on college campuses come on the heels of news that China is stitching together a vast network of facial recognition cameras and phone scanners to monitor the whereabouts of its citizens. The country’s use of these tools is much larger than previously thought, according to a Dec. 17 report from The New York Times.