Tech Companies Have Risen To The Occasion During Coronavirus 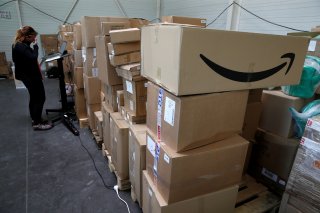 I can imagine writing a scathing, long-read essay about the failure of the US government to effectively prepare and respond to the coronavirus pandemic. This essay would criticize everything from lack of a properly maintained strategic pandemic reserve to the botched CDC and FDA testing effort. I even have a good headline for the story: “Will We Forgive Washington When This Is Over?” With 45,000 dead (and counting) and the economy in the tank, there’s certainly a lot to forgive.

My inspiration? A recent piece by one of my favorite technology columnists, Christopher Mims of The Wall Street Journal: “Will We Forgive Amazon When This Is Over?” And as the subhed expands: “The company’s core promise is failing when we need it most—and that could wean some of us off our Prime habit.”

Really? Plenty of Amazon users would disagree. They are finding the retailer to be a lifeline as they quarantine at home. The company has been inundated with orders like a holiday season, except this one came as a complete surprise. A week ago, it announced plans to hire 75,000 additional workers after it filled more than 100,000 positions in March. Indeed, the headline probably did the Mims’ piece a disservice. As the journalist writes, “The fact that Amazon’s retail operations are functioning at all is a testament to the flexibility of the company’s infrastructure during a health crisis that few if any companies were prepared for.”

Not surprisingly, perhaps, Amazon stock is barely off its all-time high, achieved just last week. And while the COVID-19 outbreak did hit some warehouses — with some workers complaining about a lack of protecting gear and problems implementing social distancing — the company now looks to be aggressively responding, including an attempt to build its own testing lab. To me, Amazon looks like a pretty good example of an institution doing its part — not perfectly, of course — during a national crisis of the sort not seen in a century. Calls by some of the left to “nationalize” Amazon are absurd.

Actually, the entire “techlash” framing is seeming more absurd by the day. Just a couple of months ago, anti-tech activists and politicians were complaining that America’s tech titans were monopolists who provided us little real value. Now we wonder how we would’ve survived had a pandemic struck in the pre-FAANG era. Stories about the “future of work” are now about how Silicon Valley will enable it in the Age of the Pandemic, not ruin it through AI and robots. And it’s not just consumers. Politico notes how Washington has “implored tech companies to use their skill with artificial intelligence to analyze a trove of scholarly research on Covid-19 and related viruses to glean insights on how to fight the illness.”

Yes, some pre-virus polls suggested widespread concern about Big Tech having too much power, spreading misinformation, and showing bias. But I’ve always wondered about the strength of such beliefs. Especially now.