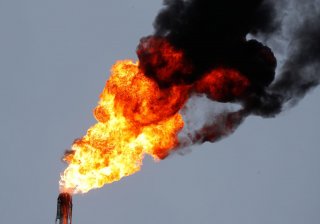 One of the best ways to end Russian aggression on energy issues is to apply pressure on Saudi Arabia, forcing the country to ease up on crude output, the Texas Republican said on Fox News. American energy companies need to know that the U.S. government is supporting them, he added.

“I’ve talked with the Saudis multiple times, the president has talked to them stop waging economic warfare on the United States,” Cruz said. “I’m hopeful based on their commitments they’re going to pull back and end that effort.”

Oil prices plunged into the $30s as the Saudis pushed for a cut in output to prop up prices, while Russia worked to infuse the market with hundreds of thousands of barrels of oil. Saudi Arabia relented and moved to increase output.

Moscow is worried the U.S. will use shale oil to take advantage if Saudi Arabia ease off production.

“We need to make sure that the energy companies that are facing this massive attack, particularly small independent energy companies, have access to capital,” Cruz said. “The objective of the Saudis and Russians was to bankrupt them all and put them out of business.”

Energy companies are facing a rough one-two punch: Americans are isolating themselves to stem the tide of the coronavirus, which is resulting in a decreased amount of flight and car travel, dropping the demand for oil. And Russia and Saudi Arabia’s output is undercutting the market further.

Experts believe U.S. drillers could default on $32 billion of debt throughout 2020 if the virus and Russia continue walloping the industry. The default rate is projected to come in at 17%, according to credit-ratings firm Fitch Ratings. Fitch forecasted a 7% default rate before the pandemic.