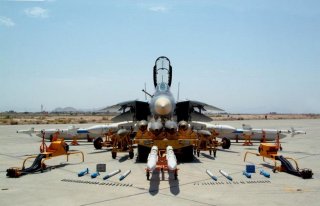 The F-14 Tomcat first flew in 1970 and was intended to fly from American aircraft carriers to protect from massed Soviet bombing formations.