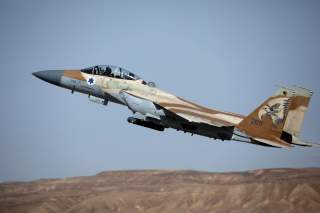 Key point: AI in warfare is increasingly a source of global concern. Yet it looks like Israel went ahead with a bomb that can recognize and pick its targets... doesn't that seem like a bad idea?

Michael Peck is a contributing writer for the National Interest. He can be found on Twitter and Facebook. This first appeared in 2019 and is being reposted due to reader interest.