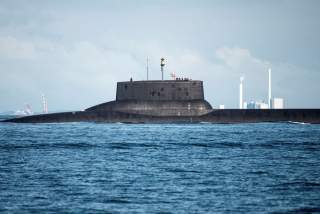 Key Point: Even though Moscow could build good subs, it still made errors. These mistakes cost lives and were tragedies that Russia would never forget.

Robert Farley, a frequent contributor to TNI, is a Visiting Professor at the United States Army War College. The views expressed are those of the author and do not necessarily reflect the official policy or position of the Department of the Army, Department of Defense, or the U.S. Government. This piece first appeared several years ago and is being republished due to reader's interest.