Testing of Ultra-Deadly AIM-260 Missile Appears to Be Underway 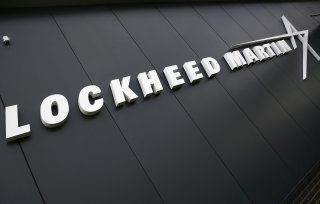 After years of working on this highly secretive missile by the aerospace company, there are now reports that testing is underway and that the new weapon could be placed on U.S. Air Force and Navy aircraft as soon as next year.

The AIM-260 is expected to be a huge upgrade compared to the AIM-120—and will rival Chinese and Russian efforts to obtain long-range air-to-air missiles. The U.S. Air Force has admitted that the development of the Chinese PL-15 missile was a major factor in ramping up the AIM-260 program.

Newdick noted that the AIM-260 will be roughly the same size as an AIM-120. This will “allow it to be carried inside internal weapons bays on stealth fighters that were designed to accommodate the AMRAAM,” he said.

However, the “dimensional requirements mean that a ramjet powerplant, as used in the pan-European Meteor missile, is impossible. So, a new type of solid-fuel motor seems to be a given, perhaps a dual-pulse type to ensure energy across the flight envelope just like on the PL-15.”

Defense editor Steve Trimble at Aviation Week has speculated that the “new propulsion unit could be combined with miniaturization of other components as a way of increasing the fuel load to eke out yet more range. Advanced highly loaded grain propellant, which is also being developed for use in other air-to-air missiles, could help improve performance without increasing the overall form factor.”

There also could be various options for the warhead too. It could “be a hit-to-kill type missile, with no actual explosive charge, which is another concept that has been discussed in the past in relation to more compact air-to-air missile designs,” according to Trimble.