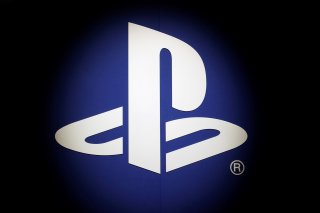 Earlier this week, the European Union, fearing that the region's Internet infrastructure would be disputed by massive amounts of streaming by users of several tech giants, including Netflix, Amazon, Apple, Disney, Sony and Google/YouTube.

All of those companies agreed to abide by the request that they slow down Internet speeds, and while no similar request has yet come from the U.S. government, Google agreed later in the week to slow down YouTube speeds worldwide by switching the default to standard definition, although it did give users the option to opt back in to high definition.

Sony Interactive Entertainment, the company's gaming arm, announced in a blog post earlier this week that they were "working with internet service providers in Europe to manage download traffic to help preserve access for the entire internet community," while warning that customers may experience slower or delayed game downloads.

On Friday, Sony updated the blog post to announce that it would be slowing down speeds in the United States as well.

"Beginning today, we will take similar measures in the United States, and we will continue to take appropriate action to do our part to help ensure internet stability as this unprecedented situation continues to evolve," the updated post, which is not attributed to anyone in particular, said.

"We are grateful for the role we play in helping deliver a sense of community and entertainment in these very trying times. Thank you again for your support, your patience, and for being part of the PlayStation community." The post reminded users to stay home and safe during the president circumstances.

The change, unlike that of YouTube, is not a worldwide one.

Per The Verge, Sony's change is not expected to affect gameplay itself, only downloads.

European Commissioner Thierry Breton had asked the tech giants to slow down streaming bitrates for a period of 30 days, with Disney also agreeing to delay the French launch of its Disney+ streaming service, although Disney did go ahead with the launch in the rest of Europe.

The move was requested because video streaming takes up more bandwidth than other forms of Internet traffic, and during the coronavirus pandemic, Internet stability is important.

Sony is expected to launch the PlayStation 5 later this year. While the E3 trade show, set for June, was cancelled due to coronavirus fears, Sony had announced earlier in the year that it wouldn't be participating in the show, instead of holding their own events throughout 2020.