Thanks To Poland, U.S. Air Force Pilots Got An Inside Look Russia's MiG-29s 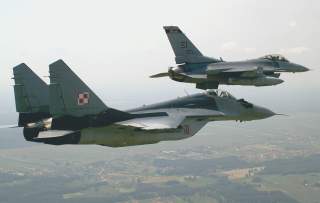