Is Thanksgiving About To Be Banned? 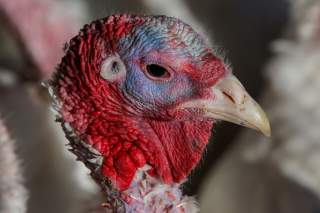 Are we seeing the last generation of Americans who will celebrate Thanksgiving?

This may seem to be a laughable question.

According to AAA, over 55 million Americans will be traveling for Thanksgiving 2019. Undoubtedly, many more will be celebrating the holiday at home.

But when the city of Berkeley, California, replaced Columbus Day with Indigenous Peoples Day in 1992, few would have expected to see Columbus Day thrown into a state of collapse just a few decades later, even being abolished in the District of Columbia.

The logic behind the attacks on Columbus Day are little different from the increasing criticism of Thanksgiving: To celebrate this holiday, or the Pilgrims so associated with it, is a celebration of genocide. It should be replaced by a National Day of Mourning.

“One indication of moral progress in the United States would be the replacement of Thanksgiving Day and its self-indulgent family feasting with a National Day of Atonement accompanied by a self-reflective collective fasting,” Robert Jensen, a journalism professor at the University of Texas at Austin, wrote in 2005.

His remarks are repeated today as far away as the U.K.’s Independent, an online news outlet.

Thanksgiving is a much bigger target than Columbus Day both because it is more deeply ingrained in our culture, but also because the spirit of the holiday runs counter to the left’s narrative of grievance, oppression, and outrage.

Certainly, the Pilgrims are still worth celebrating (despite the revisionist attacks), but what’s at stake is far bigger than the story of the “first” thanksgiving.

Our national holiday derives in large part from President Abraham Lincoln’s call for thanksgiving in the heart of the Civil War, at a time when Americans were killing each other and had seemingly little to be thankful for.

The genesis and evolution of the Thanksgiving holiday is a long and complicated one. The national holiday became official on the eve of America’s entrance into World War II under President Franklin Roosevelt, but this only formalized a much longer, practically universal American tradition.

Hale appealed to the public and a line of presidents, arguing that America needed a cultural patriotic holiday, alongside the Fourth of July, based around the family and giving thanks for the country’s growing prosperity.

Hale’s efforts culminated in Lincoln’s adopting her idea in 1863 during the Civil War and issuing a proclamation calling for setting aside the last Thursday of November “as a day of Thanksgiving and Praise to our beneficent Father who dwelleth in the Heavens.”

Lincoln also called for the “Almighty Hand” to “heal the wounds of the nation” and restore the Union. Since that proclamation in the dark days of the Civil War, Thanksgiving has become entrenched as a national holiday.

So, America’s Thanksgiving holiday is really one of evolution, borne of a desire to have a uniting national day to show gratitude for the blessings of being an American (even when, among turmoil, it was very hard to see those blessings).

Hale was a New Englander, so naturally she connected the holiday to the Pilgrims, who were already celebrated in the region on “Forefathers Day.” The New England story became the American story.

The Pilgrims’ “first” Thanksgiving, which took place in 1621, has occasionally been disputed. There were other thanksgivings in America before this one, including at Berkeley Plantation in Virginia in 1619, but it was the Pilgrims who came to dominate the national imagination.

Almost all are familiar with the Pilgrim Thanksgiving story, which is now used as an entry point of attack for left-wing activists who wish to jam the holiday’s meaning into familiar tales of oppressors versus oppressed.

In this narrative, the “first” Thanksgiving, which included Pilgrims and several dozen Wampanoag warriors, was not a mutual festivity but a harbinger of future exploitation by genocidal European invaders.

As Mary Grabar, author of “Debunking Howard Zinn,” wrote in The Federalist, the works of Marxist historian Howard Zinn are being peddled in high school classrooms around the country. Zinn’s book, “A People’s History of the United States,” carefully and deceptively deconstructs the 1621 Thanksgiving to reinforce his general narrative of exploitation.

The Pilgrims in Zinn’s account are portrayed as irredeemably bad and the Indians as nearly blameless angels, an almost patronizing distortion of reality.

It makes a cartoonish presentation of myriad people groups from the Bahamas and South America to New Mexico and New England. They are falsely oversimplified as universally peace-loving, Mother Earth-respecting, generous, and welcoming. All Indian tribes are lumped together as a mass of childlike people oppressed by the greedy capitalist explorers and settlers.

This is what American schoolchildren are getting in classrooms across the country. Is it any wonder why our college campuses are now poisoned by identity politics and young people have such left-wing views?

As different as the Pilgrims were from our modern attitudes, one can see the outline of future “republicanism” in their outlook. The Mayflower Compact was a simple document of consent among both the Pilgrims and the non-Pilgrim merchants and other sailors who traveled with them across the Atlantic.

In some sense, the Mayflower Compact was unremarkable in that such community organization was common in England. But it was remarkable in the sense that this new society would place at its foundation the notion of consent—government of the people, by the people, and for the people.

Liberty was taking root in the New World, even as a more genuine notion of, for instance, religious liberty would have to wait many generations to come to fruition.

Nevertheless, for Americans who still cling to the ideas and people who made America great and unique, the Pilgrims are still worth celebrating–though they’ve been sent through the meat grinder of identity politics and thinly disguised Marxist interpretations of history.

Yet a holiday that emerged as nearly universal from a nation deeply, and some would say hopelessly, divided is now being threatened in an age in which Americans have seemingly little in common with one another.

America today is almost incomprehensibly wealthy and powerful beyond the imagination of those who founded the republic two centuries ago. It still has enormous capacity for growth. But worrying fractures in culture exist below the surface, as does the belief by some that the American dream is fading, a relic of mid-20th century greatness that can’t be recaptured.

In this globalized world that looks less like a brotherhood of man and more like a bubbling cauldron of fractious tribes, our national binding traditions may be our only saving grace.

More importantly, today we should continue to embrace Thanksgiving for its essential message of giving thanks for our blessings, as a day of reflection and embrace of a country that has spread and will increasingly spread its blessings to others as long as we work to preserve its best and most essential qualities.

Americans are faced with this challenge: Will we remain united in thanksgiving or divided in grievance.

If we wish to have a prosperous future America in which many are bound into one people, Thanksgiving can’t be surrendered to those who are working tirelessly to place unbridgeable wedges between us.

This article by Jarrett Stepman originally appeared at The Daily Signal. This article first appeared in 2019.