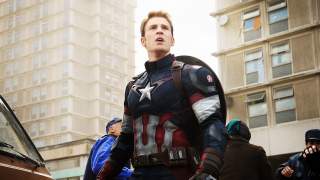 A little paranoia a good thing. You never know when people are out to get you.

And, let’s be honest: there are folks inside and outside the government committed to finding a way to set aside the results of the 2016 presidential election.

So far those efforts have fallen flat. The latest gambit—canning Trump over Ukrainian aid—resembles a nothing-burger without a bun.

While the melodramas playing out in House committee rooms may disappoint, there’s no need to despair. Hollywood has proved more than able to deliver the conspiratorial goods.

Star Chambers and cabals are a staple of cinema, ever ready to fire our mistrust of government. Granted, some are outrageously stupid—like Oliver Stone’s abominable JFK (1991) which basically regurgitated a Soviet disinformation campaign insisting that the CIA murdered Kennedy. Others, like All the President’s Men (1976) remind us that power corrupts—and attracts the already corrupted.

When it comes to trusting government, some degree of skepticism is in order, but Hollywood may not be the best guide to finding the right trust/cynicism balance. But, if it’s entertainment you want, movies have a lot to offer. Here are seven of the best films for fueling your suspicious side.

#7 Seven Days in May (1964).  The Cold War was a Golden Age of paranoia--and not without reason. It had cranky generals like Douglas MacArthur and Curtis LeMay who took their policy differences with the president public. Others went behind their president’s back. Heck, in 1949, a coalition of active duty and retired Naval officers surreptitiously tried to get Congress to overturn Truman’s key defense policies.

In Seven Days, Burt Lancaster and company go one step further. These renegade senior military officers try to engineer a coup to oust a president they think is too soft on the Soviets.  It is a stark reminder that, in the end, what protects our Republic is not the balance of power in the Constitution, but the oath that the military and public servants take to uphold the Constitution, not substituting their judgment for the lawful orders and directives of the commander-in-chief and the appointed and Congressional-confirmed officials placed over them.

#6 In Like Flint (1967). Forget James Bond. Z.O.W.I.E. spy Derek Flint was the man. Portrayed by super-cool James Coburn, Flint spoils a feminist conspiracy to take over the world by replacing the president and key intelligence and military officials with subservient look-alikes. Yes, this spoof of spy films was super-preposterous. But then, some people still insist that the moon landing was fake… and Trump is a Russian agent.

#5 Soylent Green (1973). This film brings a whole new meaning to the old adage “You are what you eat.” In a dystopian future, where the world is desperate for everything on the food pyramid, the government is hiding the ultimate secret. The primary source of breakfast, lunch and dinner is reprocessed people.

In the 1970s, Hollywood loved pairing Charlton Heston and science fiction to pick at contemporary issues. Soylent Green targeted environmental policies. Planet of the Apes (1968). In Omega Man (1971), science fails us. Can’t the Deep State get anything right?

#4 Parallax View (1974). Reporter Warren Beatty investigates the shadowy Parallax Cooperation, basically a Craigslist for political assassinations. Even before Watergate, Hollywood was onto the post-Vietnam era mood of the American public: “trust no one in a suit.” Here, as in the very similar Executive Action (1973), Hollywood fed the suspicion that shadowy, button-down puppet-masters were pulling the strings.

#3 Three Days of the Condor (1975). Robert Redford is a desk-bound CIA analyst who accidentally uncovers a secret CIA plot. Over the course of the film, he evolves from Walter Mitty to Jack Ryan, ultimately getting the truth out on the front pages of the New York Times.

It is, of course, only a movie. If we were really dependent on lone-wolf heroes and an objective mainstream media to save democracy, we would be doomed. Still, the film did inspire the plot of Captain America: The Winter Soldier (2014). It even included an appearance by Redford (this time, a villain)—another reminder it’s only fiction, folks.

#2 Eraser (1996). Arnold Schwarzenegger is betrayed by a government organization that flips from protecting federal witnesses to killing them for cash. The Deep State-for-hire plot is nothing new. See, for example, The Pelican Brief (1993) and Conspiracy Theory (1997), both starring Julia Roberts.  In real life, government officials, even respected military officers, have been embroiled in corruption for cash. One noteworthy example: the Fat Leonard scandal.  In real life, money is often the root of Deep State malfeasance.

#1 Wag the Dog (1997). A Deep State A-team led by Robert DeNiro tries to save their disgraced president by engineering a war against Albania to distract the public. In real life, the wag-the-dog scenario has been trotted out to impugn presidential leadership. Clinton’s political foes accused him of wagging the dog in Kosovo. Bush’s detractors barked over the Iraq War.

None of these movies may be much of guide to unravelling the Deep State, but they remind us that Hollywood is often much better at entertaining us by playing to our fears than they are at engaging to educate us.