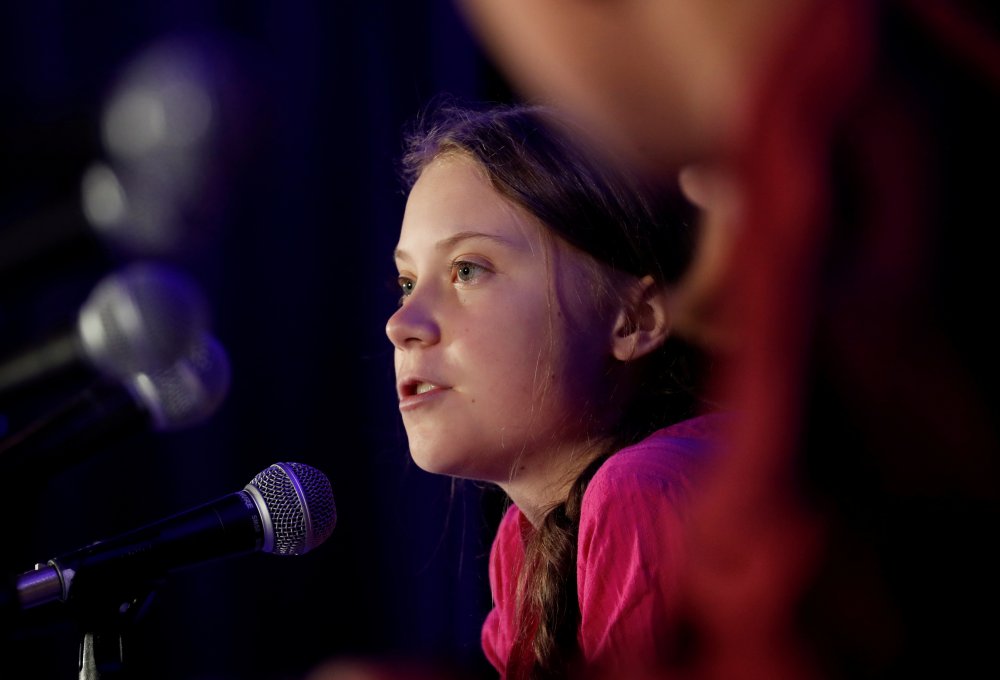 Climate activists walked out of classrooms and workplaces in more than 150 countries on Friday, Sept. 20 to demand stronger action on climate change. Mass mobilizations like this have become increasingly common in recent years.

I’m a scholar of environmental communication who examines how people become engaged with solving dilemmas such as climate change, and how activism motivates others to take action. A new study I worked on suggests that large rallies, such as this youth-led Climate Strike, could be influencing public opinion.

For anyone in the U.S. who has been following climate change news for years, it could be easy to conclude that these protests don’t have an impact. After all, no major environmental legislation has been signed into law in this country in decades.

Further, in 2016 a near-majority of U.S. voters elected a president who rejects the scientific evidence on climate change.

On the other hand, concern about climate change is rising. So is media coverage about global warming, notably including CNN’s seven-hour town hall on the topic with 10 Democratic presidential candidates.

To see whether rallies, such as the Global Climate Strike are contributing to this change in public opinion in a measurable way, I partnered with Pennsylvania State University psychologist Janet K. Swim and Michael L. Lengieza, a graduate student. We collected public opinion data before and after major protests.

We conducted surveys to assess public opinion before and after the March for Science – which had a wide-ranging agenda that included climate change – and the 2017 People’s Climate March, which took place on back-to-back Saturdays in April 2017. Hundreds of thousands of people took part in the main protests in Washington, as affiliated marches occurred in other cities in the U.S. and around the world.

Nearly 600 people around the country, including some who had heard very little or even nothing at all about the mobilizations, answered our series of detailed questions. We tried to gauge their perceptions of climate activists and faith in humanity’s ability to come together on issues like climate change.

Half of the survey-takers completed their survey right before the first protest and the other half did it after the second one. Both groups represented broad ranges in age, education level and political beliefs.

The responses suggested that many Americans may have changed their opinion about the climate change movement around that time – in the spring of 2017.

For instance, the percentage who viewed climate activists as “aggressive” fell by 10 percentage points, from 74% to 64%. Similarly, survey respondents viewed activists as less “arrogant” and “dictatorial” after the protests occurred.

We consider this finding important because other research has suggested that people who view climate activists in this negative manner are more motivated to speak out against policies aimed at slowing the pace of global warming, such as the two carbon tax initiatives that voters have rejected in Washington state despite its Democratic majority.

Feeling Less Pessimistic about the Future

Although most survey-takers said they had heard about the protests, few actually knew someone who had participated in one. Wondering whether the way that media covered these events might influence how people reacted, we looked into whether Americans who prefer liberal-leaning media outlets, such as MSNBC, reacted differently than those who rely on conservative-leaning media, such as Fox News.

We detected some interesting and unexpected patterns.

Before we looked at the data, we thought that differences in the media coverage might further the political polarization of climate change. We were surprised when we saw that the marches appeared to have the opposite effect.

After the marches, fewer people of all kinds expressed pessimism. In particular, consumers of conservative media became less likely to agree to statements like this one: “People are too selfish to cooperate and to fix big problems.” Before the protests, 60% of them agreed with that statement. Afterward, only 45% did.

The Limits to this Influence

Even so, the mobilizations did not seem to sway public opinion in every way that the organizers might have hoped. In particular, despite the large numbers participating, the two waves of protests did not appear to have any measurable impact on convincing Americans that taking community action on climate change was a normal or common thing for people to do.

Specifically, there was no change in the perceived number of people in their community or in the entire country that survey-takers believed engaged in collective action, such as environmental activism or voting for politicians that support environmental issues.

We suspect the people we surveyed did not consider the marchers to be similar to average people – like themselves.

Over the next few years, it will be interesting to see whether these shifts in public perceptions translate into shifts in consumer purchasing habits and public policy.