There Are Countless Shotguns, Handguns and Rifles, But These 15 Are The Best 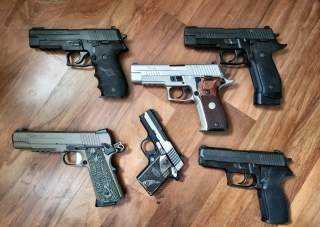 Key point: These 15 guns are among the best in the world

(These all appeared separately during the last several months and is being reposted thanks to continued reader interest.)