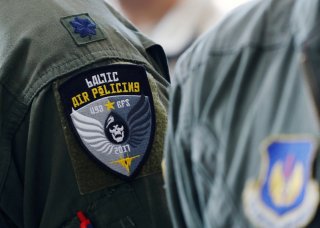 The interests surrounding Russia divide the western world. All should expect that the EU and Russia will aim for stable and predictable relations after the United States and Russia attempted to reach a consensus in Geneva with the easiest targets to achieve. The Geneva Summit aimed for a strategic stability dialogue that will be deliberate and robust in the future. The discussions on human rights, democracy and the rules-based system in between the countries were practical and norms-based.

The EU did not step in on either of these issues. However, tensions between the EU member countries and Russia are of a more complex nature. They include border issues, historical claims, and a fundamental disbalance of power on the Eastern Front of the EU. It is self-evident that the lasting, stubborn and consistent support of the EU and NATO for these Eastern front countries is of foremost importance.

One should ask whether relations can ever truly be stable and predictable with Russia, which uses its policies of control and influence as a means to achieve international status. Russia‘s pursuit of its ‘national interests’ presents a fabricated dilemma of strategic stability in Europe that can be solved in one way only— by recognizing a Russian sphere of influence and restricting NATO, the United States and eventually the independence of several EU countries.

The Russian-Ukraine conflict of 2014 might be seen as a chance to focus on the modalities of recognition of Russian concerns and status in the countries bordering Russia. On the other hand, there is no realistic chance of reaching a consensus between the EU‘s eastern members and Russia. Any possible strengthening of the Baltics, Poland or Romania will be perceived by Russia as a danger to its independence and wellbeing.

Recognition of Russian interests internationally is a powerful theme running through Russia‘s foreign policy narrative. This is also an important source of legitimacy domestically. What will Russian get in exchange if it changes its aggressive posture? Are the illusions of a future and permanently democratic Russia, which has abandoned its imperial politics and ambitions, a realistic and feasible option for the Russian government or public? One might answer with an informed and convicted no.

The Baltic States, EU members in their own right, are extremely vulnerable to Russian aggression due to their dependence on external actors and their systemic ineffectiveness in the regional power disbalance. Their lack of administrative ability to muster resources in times of emergency makes the Baltic States and other east Europeans vulnerable. There is a saying that a country is weak because it has strong neighbors and vice versa. We might likewise claim that a country is strong because it has weak neighbors.  The Baltic States are especially exposed to Russia‘s imperialist machinations and consequently have considerable symbolic value.

Rhetorical claims by the EU as a whole as well as its individual members towards Russia should be marked with a higher degree of competition, particularism, and economic egoism, excepting policies that increase opportunities for and toleration of the Russian military threat.  In these circumstances, the undivided support of the EU and NATO is of foremost importance to maintain the balance against Russian until remedies for the systemic military and economic weakness of the Baltic and Eastern European countries are found.

As long as Russia refuses to recognize its neighbors’ international choices by reverting to power policies aimed at imposing its vision on the world, Russia‘s European neighbors will continue to be reluctant for the EU to foster closer relations with Russia. There is another danger. The fact of the matter is that many countries in Europe‘s east perceive attempts by Germany and  France to improve relations with Russia to be parochial and isolated from global contexts. These efforts are seen as a game that puts the interests of Germany, France and Russia above the interests of the countries in between. This problem has never been addressed seriously by the big European players who are seen continuously supporting decisions based on their own interests and go against values and normative issues carried by the weak EU members on the Russian frontier.

Šarūnas Liekis, PhD is a Professor at the School of Political Science and Diplomacy at Vytautas Magnus University.