Is There a Federal Right to a Basic Education in the U.S.? 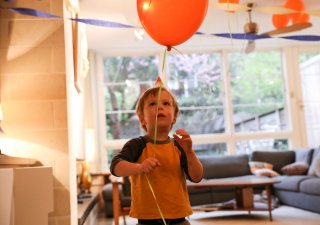 A federal appeals court has found that children have a constitutional right to an opportunity to learn how to read.

The decision on April 23 in a case involving the Detroit public school system finally answers a question the Supreme Court has avoided for nearly four decades: Is there a federal right to a basic education in the United States?

Although state constitutions each contain a right to education, state courts interpret these rights in very different ways. As a result, in states like Michigan, children are only guaranteed the ability attend to a public school, not to receive an education of even a minimal level of quality.

As a professor of law and education policy, I have written about this legal debate for years.

This case began in 2016. Lawyers representing students attending five Detroit public schools alleged that literacy rates in these schools were in the single digits and that the school buildings urgently needed major repairs.

According to to the lawsuit they filed in 2016, some schools were infested with mice, rats and cockroaches. They lacked enough teachers to educate the students enrolled, and even many permanent teachers were chronically absent. Heating and air conditioning systems in some of the buildings did not work, the attorneys said, and windows often were broken or unable to open. The few books available for students regularly were decades old.

All of these problems were serious. Taken together, they made it hard to imagine how anyone could be expected to learn anything.

Two years after attorneys sued the state of Michigan in federal district court on behalf of Detroit schoolchildren, the district court dismissed the case. That ruling hinged on the assertion that because the law did not recognize a federal right to get an education, there was no basis for a case.

However, the ruling concluded that the state of Michigan was a proper defendant because of its extensive involvement in the governance of Detroit’s public schools over the course of decades. This was significant. Attorneys had sued the state rather than the school district because they claimed the state was responsible for creating the problems and thus should be on the hook for fixing them.

Additionally, if the Detroit students were to win, state involvement almost certainly would be required for a remedy. These days, about 8% of K-12 school funding comes from the federal government nationally, with the remainder split between state and local sources. In Michigan, more funding comes from the state than locally collected property taxes. In addition, state policies about teacher pensions, capital improvements and school choice also have a significant impact on school districts’ finances.

After losing in the district court, attorneys representing the Detroit students then appealed to the Sixth Circuit Court of Appeals, a federal court with jurisdiction over Kentucky, Michigan, Ohio and Tennessee.

Change at the top

In the meantime, Democrats prevailed at the polls, resulting in Michigan’s Republican governor and attorney general being replaced by Democrats.

Gov. Gretchen Whitmer, who took office in 2019, had supported plaintiffs on the campaign trail. She argued, like her Republican predecessor had done, that the case should be dismissed. However, rather than addressing whether she saw a federal right to education, she asserted that the state had returned control to the school district and that the conditions in Detroit’s schools had improved greatly.

For example, a new superintendent and an influx of state funding had enabled the district to stabilize. School buildings are markedly better. In 2019, test scores were up more than they had been in years, although they still lagged far behind state averages.

However, Attorney General Dana Nessel opposed the governor in a legal brief, instead supporting the Detroit students. An attorney general’s job is to represent the governor, and refusing to do so is highly unusual, whether or not the two are politically aligned.

The appeals court’s 2-1 decision establishing the federal right to education as a legal precedent relied heavily on the history of public education, with its emphasis on preparing people to be good citizens. The majority stated, “without the literacy provided by a basic minimum education, it is impossible to participate in our democracy.”

The majority held that states must ensure that schooling occur in facilities staffed by teachers with materials that, at the very least, give students an opportunity to become literate.

If Michigan does not appeal this decision, it will become binding law in the four states in the Sixth Circuit. In that case, I would expect education rights advocates who have identified low literacy rates elsewhere to file similar suits across the country because this precedent might apply in other regions too.

Even so, the Supreme Court might consider this issue at some point, especially if other appeals courts reach a different conclusion about the right to a basic education in other cases, such as one pending in Rhode Island.

Meanwhile, the case would go back to the district court and eventually the case would go to trial. Lawyers representing the schoolchildren would move forward to determine whether Michigan acted unconstitutionally. However, the two parties also could reach a settlement which would provide additional support for Detroit schools and allow the state to avoid years of costly litigation.

This case could still be appealed in one of two ways, though. If the state of Michigan appeals to the U.S. Supreme Court, they would need to do so within 90 days.

Separately, the state could ask all 16 judges on the Sixth Circuit to hear the case again. This procedure is rare but would not be unprecedented.

No matter what happens next, the appeals court’s decision will remain groundbreaking.