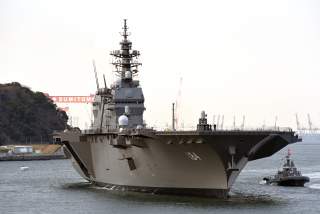 Japan has decided to refit its Izumo-class light carriers to operate the F-35B stealth fighter. So modified, the Izumos will carry about a dozen F-35Bs each, giving the Japanese Maritime Self Defense Force a small but significant aviation combat capability.