These 5 Guns Completely Killed It on the Battlefield 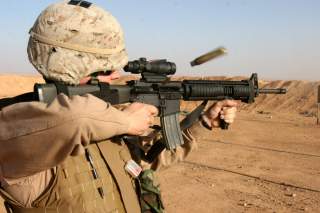