These 5 Nations Have The World's Most Powerful Armies, Navies, And Air Forces 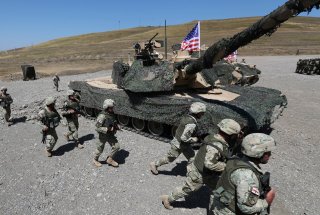 Key point: Trillions of dollars got them to where they are today.

(This, a collection of three separate posts from 2014, has been compiled as one for your reading pleasure. An updated version will appear in the very near future).

s has been more or less the same for thousands of years. Navies protect the homeland, keep shipping routes and lines of communication open, show the flag and deter adversaries. In wartime, a navy projects naval power in order to deny the enemy the ability to do the same. This is achieved by attacking enemy naval forces, conducting amphibious landings, and seizing control of strategic bodies of water and landmasses.