These 5 Submarines Could Destroy The World In 30 Minutes 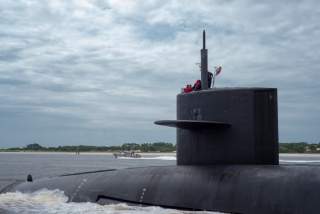 Key Point: In some cases—as in the case of the Ohio-class submarine during the height of the Cold War—even a single vessel could reduce as many as 288 city-sized targets into radioactive ash in less than 30 minutes.