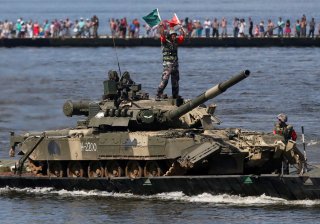 Key Point: It took a while before better designs became standard and mass-produced. Here are three tanks that didn't make it.

This article first appeared in November 2018. It is being republished due to reader interest.

This article first appeared in November 2018. It is being republished due to reader interest.