These Are The World's Best .45 and 9mm Weapons On Earth 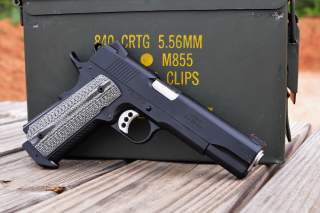 Key point: The .45 Automatic Colt Pistol round, or .45 ACP as it is commonly known, is fairly controversial.