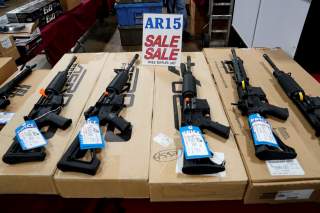 Key Point: There's a lot of different kinds of AR-15.