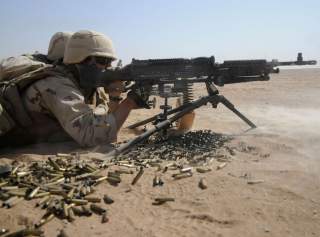 Key point: Close quarters combat requires a lot of fire power to quickly deal with the enemy. That is why U.S. Marines don't go full automatic unless the situation requires it.