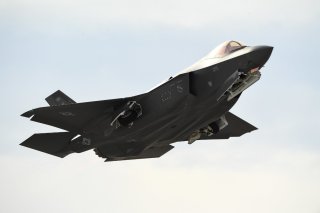 Computer simulations have become so advanced that weapons developers are able to analyze multiple designs without having to “bend metal” and spend years building actual prototypes. This is because modeling and simulation are not only capable of replicating designs or specs of weapons systems but also assessing key aspects of how weapons perform in various war scenarios. In essence, the highly valued “key performance parameters” needed to shape requirements for weapons systems can be evaluated and, to a certain extent, created through digital engineering.

Moreover, digital engineering has not compromised the quality and performance of these critical systems despite greatly expediting their development. In fact, it has actually improved them in many key respects, senior weapons developers explain.

In an interview with The National Interest, Air Force Research Laboratory commander Maj. Gen. Heather Pringle said many innovations are being discovered, evaluated, and even fast-tracked through successful applications of digital engineering. She explained that has not only been valuable in the short-term for emerging weapons systems but also informative for basic research looking twenty to thirty years out into the future.

“Modeling and sim analysis are absolutely vital,” Pringle said. “In fact, there are so many advantages to strengthening our MS [Modeling and Simulation] capabilities in the research lab, so we absolutely use it to create the next generation of technologies to modify different components, to ask different questions. Using models in a digital world adds a level of manipulation that we couldn't have if we were bending metal.”

One high-profile example of digital engineering’s successful application is the Air Force’s development of the Ground Based Strategic Deterrent (GBSD) ICBM. This highly-prioritized weapons system is slated to replace the aging and nearly-obsolete 1960s-era Minuteman III and is on track to arrive later this decade. Former Air Force Acquisition Executive William Roper told reporters years ago that the GBSD’s success and promise were in large measure due to digital engineering. The way he described it, digital engineering enabled weapons developers to assess many different design specifications without having to actually “build” a large number of prototypes. The concept has allowed high-performing, reliable, ground-breaking weapons and technologies to emerge on a much faster timetable, avoiding lengthy, bureaucratic acquisition procedures without compromising safety and reliability.

“It allows us to expose those designs to new and different questions that are more limited in the real world or it costs more money to create those test articles in the real world,” Pringle said.