They May Be Friends Now, But China And Russia Killed Each Other In 1969 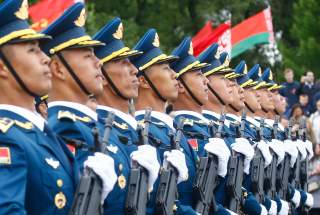