Things Are About to Change: Oil and Gas Have Been Found in the Eastern Mediterranean 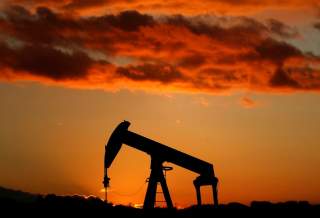 Extending from Israel and Egypt in the East and South to Turkey, Greece and Italy in the North and West, the Eastern Mediterranean has long been an economically dynamic and politically important region for the United States and its NATO allies. It is about to become even more important.

Large quantities of oil and natural gas have been discovered in the East Med and the race to extract them has begun. These hydrocarbon finds hold the potential to build regional stability and to bolster the economies of important U.S. allies and partners, all of which is in the interest of the United States. But these discoveries could just as easily stoke further instability and conflict if nations default to historic resentments and if regional powers jockey to monopolize on or block access to this strategic treasure.

There are some early signs of cooperation, and these should be welcomed. States which acutely stand to benefit from the finds—Greece, Cyprus, Israel, and Egypt—have begun working toward a solution and have discussed various export options. The first-ever regional gas forum was held Jan 14, 2019, in Cairo, with these Eastern Mediterranean Gas (EMG) pipeline participating countries, along with Jordan, Italy and the Palestinian Authority. The meeting discussed the future of the EMG pipeline and the potential of Egypt as a regional gas export hub. Egypt owns robust domestic energy infrastructural facilities in the Nile Delta—including two LNG plants (sitting idle) and pipeline infrastructure for easy connection to the newly discovered hydrocarbons in the East Med for turnkey distribution to LNG markets in Africa, Israel and the Middle East.

The European Union, too, thinks the new gas and potential oil discoveries in the East Med could strengthen regional energy cooperation, aid overall regional political stability, and spur economic growth in important European economies such as Italy and Greece. A proposed EMG pipeline costing $7 billion and opening in the mid-2020s is a beacon of hope for the European Union to increase energy diversification, bring billions of dollars of lifetime revenues to southern Europe and curtailing Russia’s dominance over the European energy market.

Yet even with this early cooperation, the role of U.S. and NATO naval forces as a diplomatic and economic actor in U.S. foreign policy and execution has never been more important in the Eastern Med. The discovery of hydrocarbons in the East Med has initiated historical interest and possible shifts in the global balance of power in a region already full of ongoing tensions.

I have completed multiple tours in the region, with my last being as a Sixth Fleet Air Operation Officer, where I navigated firsthand the multiple lines of conflict. These conflicts, some fought in the open and others simmering beneath the surface, include disputes between Turkey and Israel, between Egypt and Turkey, between Turkey and Greece over territory and the Cyprus issue, and among Israel and its Arab neighbors, just to name a few. From my experience it is difficult to imagine an easy way forward as these conflicts continue to plague the region and make exploitation of the East Med natural resources a geopolitical issue.

Enter the United States. “The role of the U.S. Navy as a diplomatic and economic actor in US foreign policy and execution is as strong as ever and likely to remain so for the next several decades,” said the Chief of Naval Operations, Admiral John Richardson, in February. Nowhere else do these words ring truer than in the Eastern Med, where stability and economic prosperity are at the cusp. Nowhere do risks to United States, NATO and its allies have more facets and come from more directions than in the Mediterranean region. Well-positioned naval forces have the flexibility to respond to any crisis that may arise in the region quickly and authoritatively all while creating stability through consistent presence.

It makes economic sense for the United States and NATO to deploy naval forces to the Eastern Med where four of the five major threats, to the United States and its allies, mentioned in the National Defense Strategy can be confronted while at the same time effecting a top economic and geopolitical priority. The security and prosperity of the European Union, specifically among its southern nations, depend on anticipating, containing, and reducing risks in the Mediterranean region by consistent presence. The United States and NATO must get ahead of adversaries in the region and have them react to Western moves rather than the West continue to react to the actions of its adversaries.

Diplomatic and economic functions of naval forces while conducting exercises with allies in the region should be the primary instruments in this effort, but hard power also has its role, especially when risks turn to threats and threats turn to violence. After all, there is still something to gunship diplomacy.

Even with U.S. presence, however, there must be a concerted effort. Egypt has established cooperation agreements with Israel, Cyprus and Greece. The four nations have made efforts that seek to enhance civil and military activities, including joint military drills to bolster interoperability and cooperation, and ultimately stability in the nations' energy sectors. U.S. and NATO forces must look for opportunities to join in these joint exercises.

Yet the discovery of these sizeable amounts of hydrocarbons has not only attracted the attention of the West, but also that of other nations worried about the potential effects on the region’s current power balance. Turkey, Russia, Iran and even China are attempting to gain geopolitical influence in this critical and distinct region.

The Eastern Med bustles with age-old local disputes that are territorial, ethnic and religious in origin. Turkey has opposed extraction activities off the coast of Cyprus and has threatened to blacklist major firms that take part in the extraction and exploration operations. Turkey not only challenged Greece and Cyprus over the ownership of the natural resources discovered in the region, but also has begun seismic and drilling activities in Cyprus’ UN recognized, exclusive economic zone. Furthermore, Turkey has enhanced cooperation with Iran—the two nations have established a comprehensive pipeline network to bring gas to the European markets. Both countries have been negotiating additional projects in the region, and now worry that an EMG pipeline will disrupt their efforts. Iran is trying to establish a foothold in Syria to ensure a post-conflict land bridge to the Eastern Med, further increasing its relevance in energy geopolitics and threat to Israel. Russia increasingly wants to be viewed as a respected global power in the region. It has established bases in Syria and has increased its military presence in the Eastern Med. Now it looks to have a say in the East Med and maintain its dominant stand in the global gas market. Finally, China is investing heavily in the East Med, as it views the East Med region as the western end of its Belt and Road Initiative and entry point to the European Market.

In the end, the exploitation of the East Med resources will require a stable region bolstered by U.S. and NATO alliance support that includes naval forces for diplomacy, open economic sea lanes and poised hard power.

Commander Tony Chavez is a navy federal executive fellow at the Chicago Council on Global Affairs. A decorated navy aviator, Commander Chavez has served in every U.S. Navy fleet throughout the globe.