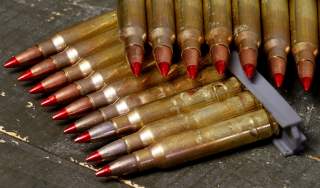 Key point: A gun that thrives in doomsday scenarios.