Three Reasons Why America was Destined to Lose Afghanistan 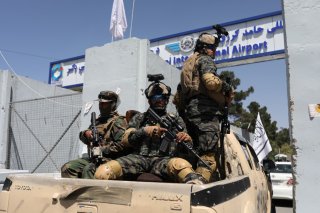 When the searing review of the U.S. experience in Afghanistan is written, it will surely identify two foundational errors at the root of the failure, and they are mirror images of one another.

The first is the attempt to build a military far, far beyond the capacity of Afghanistan to support on its own or even with the long-term continuous help of its allies. When that support was withdrawn, or even critically reduced, the Afghanistan National Defense and Security Forces (ANDSF) simply crumbled. The Taliban, however, succeeded with irregular combatants using much more rudimentary equipment (except the amount captured from the ANDSF), much more decentralized, much more ruthless, but much more fervent and much more able to subvert the ANDSF with threats, bribes, subventions, blandishments, and personal relationships.

The second, parallel error was the attempt to build a civilian centralized state which was also beyond the ability of the Afghans to support, indeed beyond their desires, aspirations, interests, or history.

A third but less central error was the failure, at least on the civilian side, and notwithstanding the contrary rhetoric, to create a true partnership (the “Coalition”) among the NATO allies and their supporters, like the UN. True, the coalition countries each had their assistance programs as did the United Nations, but they were all minor if not subordinate to the U.S. unilateral effort.

All of these failures were compounded by the pitiful even criminal record of the Afghan authorities. Well-known and well documented was the colossal level of internal corruption. Senior Afghan officials, both military and especially civilian, were reliably reported to leave the country regularly, bound for Dubai or other Gulf destinations with suitcases full of cash and other valuables supplied of course by the Coalition. As he fled the country for the UAE, its president, Ashraf Ghani, was reported to be taking so many vehicle loads of cash that it couldn’t all be loaded on the plane so piles were left on the tarmac. The Special Inspector General for Afghanistan Reconstruction (SIGAR) and his staff tried intrepidly to call attention to the corruption in his quarterly reports, but like the little boy who tried to warn about the hole in the dyke, SIGAR was left pretty much alone with his finger in the gushing dam of integrity. U.S. officials were warned dozens of times, not just by SIGAR. They ignored all of the warnings. Worse, they squelched those they could, instructing the analysts to modify their reports to conform to the orthodoxy of the United States and the sensitivities of the Afghan officials. Indeed, a set of interagency meetings in 2011 reportedly decided that the United States would ignore the corruption because it was too hard to root out and too many important U.S. “partners” in the Government of Afghanistan were on the take.

But corruption was not the only moral and operational fiasco of the Afghan leadership. The utter preening vanity and corruption of Afghanistan’s two presidents, basically picked by the United States in the person of Ambassador Zalmay Khalilzad, nauseated Afghans and foreigners alike. Still, the corruption would have been much more minor had the overall attempt—some $2 trillion—been substantially lower and more appropriate to Afghanistan’s history, interests, and social structure.

There is comparatively little to be gained by combing the tactical failings of the past two decades without recognizing the two fundamental strategic errors that underlay them. And then, unlike similar errors in Vietnam and Iraq, to take the appropriate lessons to heart the next time the United States is tempted to intervene in a similar way, even for “humanitarian” reasons, in the internal affairs, and civil wars of other countries.

Gerald F. Hyman is a Senior Associate (non-resident) at the Center for Strategic & International Affairs. He has published several articles on Afghanistan and more recently on Turkey. Between 2002 and 2007, he was Director of USAID’s Office of Democracy & Governance.