To Thrive in the Future, China Must Learn from Its Past 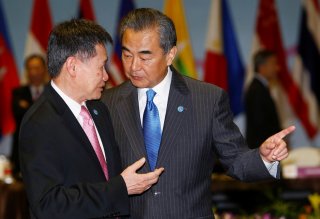 For thousands of years, China was Asia’s hegemon and commanded the influence appropriate for its size, wealth, and military might. To pseudo-formalize its foreign relations, China’s ruling dynasties established what is best described as a tributary system, tracing back to the Han (206BCE-220CE).

These dynasties managed “tributaries” across the continent, upwards of eighty-eight; including among Korea, Japan, Thailand, Vietnam, and Cambodia. Although this structure recognized China’s top position in the region, as stated by Emperor Hongwu, the dynasties did not want to directly rule other territories; summarized by Ji-young Lee, “…rather than involving China’s direct and coercive domination of other actors…The English word vassal does not properly describe the autonomous status of the so-called tributary states…each maintained ‘sovereign rights’.”

Over the centuries, the system evolved to, “maintaining systemic stability as a function of the Empire’s survival.” At times, the dynasties used force to obtain their strategic objectives, but it mostly aimed for stabilization and normalization using the tributary system. The Chinese empire strove to uphold a Confucian-Mencius paradigm, one that emphasized peace and harmony.

These regional structures fell apart when Western nations forced open the Far East. Trade relations devolved into imperialism and ultimately brought forth China’s “Century of Humiliation.” Foreign occupation and interference brought the Qing Dynasty to its knees. In 1912, the Republic of China (ROC) was established, ending thousands of years of dynastic rule. But its domestic affairs were in shambles and foreign occupation unchanged.

In 1914, war broke out in Europe; the imperialist powers that carved up China were now embroiled in conflict, while the newly established ROC remained neutral. This sentiment changed when Japan declared war on Germany and with British help, captured the German administered region of Qingdao. China had planned to retake Qingdao but was encouraged to remain neutral by the British. In order to regain its territories, the ROC believed it had to have a seat at the peace negotiations.

Although no Chinese troops participated in the conflict, China sent over 140,000 laborers to support the Western front and at least 200,000 to Russia. According to Bruce Elleman, “A lot of those trenches weren’t dug by [Allied] soldiers, they were dug by Chinese laborers.”

After the war, the Western allies were unfamiliar with Japan’s Twenty-One Demands and awarded Japan the Chinese territory of Shandong, previously held by Germany. China was the only country present that didn’t sign the Treaty of Versailles. This left a huge mistrust in the Chinese psyche of Western institutions and catalyzed the May Fourth Movement, boosting Leninist and anti-imperialist sentiments in the country, and rejecting the international system.

Following the war, the ROC became a founding member of The League of Nations. China hoped to use established laws to remedy their situation. The Unequal Treaties forced China to cede territories and pay excessive retribution. Although the League supported China’s renewed sovereignty, the organization did not allow for enforcement. The League was also futile during the 1931 Japanese invasion of Manchuria. Japan vetoed a resolution and left the League when pressed. Despite China’s appeals, the League didn’t even sanction Japan. This again emphasized China’s necessity to operate outside of the establishment.

China has learned from these past transgressions and navigates the international arena accordingly today. As described by Xue Hanqin, “China was very critical of traditional international law that protected the interests of the colonial and imperialist powers to the detriment of most undeveloped nations and peoples.” Now as a major power, summarized by Evan Feigenbaum, “China’s sheer size, weight, and self-perception of its interests will invariably lead it to expect changes in the governance of international institutions.”

From the People’s Republic of China’s (PRC) perspective, China is enforcing its historical territorial integrity. Although its claims have historical backing, the applicability to modern times is debatable. Tibet came under Qing Dynasty rule in 1720, the Chinese patrolled and inhabited the Paracel and Spratly Islands as early as 420. The Senkaku/Diaoyu Islands have historical Chinese claims since at least the 1500s.

The PRC has been labeled as revisionist, seeking to right the wrongs of the late dynastic and pre-modern eras. Its current national rejuvenation arguably has some positive effects. However, it also brought a whole array of challenges internationally. PRC diplomats’ “Wolf-Warrior Diplomacy,” is met with pushback and accelerated negative perceptions of China. The PRC may have gotten away with it a few decades ago, but the days of not “poking the panda” are over.

Asia has become a multipolar environment, meaning the PRC has to think twice before bullying others. The Association of Southeastern Asian Nations (ASEAN) has grown into a bloc capable of negotiating with the PRC. The Quadrilateral Security Dialogue has emerged as an influential force, creating another pressure buffer on the PRC to operate within established norms. Lastly, developing nations are creating opportunities separate from the PRC, such as Japan’s $367 billion infrastructure plan, South Korea’s growing ties with ASEAN, and the Trans-Pacific Partnership-11. With more options available, countries will less likely tolerate a diplomatically hostile PRC.

The PRC’s newfound assertiveness comes from overcompensation. Its domestic challenges are increasing, from its debt to its aging population, and internationally, less willingness to work with the PRC, and historic levels of unfavourability. Nonetheless, the PRC believes it is operating commensurately to return to its rightful place in the world. Throughout Xi Jinping’s speeches, he references China’s 5,000-year-old history as precedence for their rise; however, it has perverted the dynastic ideologies and what it means to be a great Chinese power.

Under the dynasties, there was a system of mutually beneficial cooperation. Although tributes were paid, the tributaries received reciprocal gifts that were economically more valuable. Some also received physical protection, such as Korea during the Imjin War, and aid for Vietnam and Ryukyu just to name a few. This structure made other nations look towards China for guidance and emulate its system and culture. In traditional Chinese thought, the basis of structure and hierarchy is patriarchal/familial; the emperor was the son of Heaven and the father of the people. This foundational ideology existed for thousands of years and successfully kept the country and the region in more harmony than not.

The current PRC administration hasn’t taken this mantle, instead choosing to be an intimidator. But a multipolar environment means the PRC can’t act at will. Instead of normalizing its foreign policy, the PRC has doubled down on its current philosophy. In addition to diplomatic hostilities, the PRC turns a blind eye towards aid. As India suffered from Covid-19, there were no offers of help. When Indonesia’s submarine went missing, there was no assistance from PRC’s large naval presence in the South China Sea. Both would’ve been markers of a great nation, a good neighbor, and a protector. But it never happened.

The PRC’s antics will eventually catch up with it. Its survival depends on a stable and cooperative environment, but it won’t be sustainable if the PRC forces its way through intimation, manipulation, and coercion.

As the People’s Republic of China attempts to reclaim a regional position evocative of its golden dynastic eras, it can’t be selective in its emulation. If China copies the aggressive actions of its past dynasties, they need to rebalance with positive actions. The dynasties built mutually beneficial partnerships, provided assistance, and kept regional stability. In line with Confucian teachings, China was the protective paternal figure, and the surrounding kingdoms viewed them as such. If the PRC wants to survive and cement its position as a great nation, it already has the right blueprint, it just needs to follow it fully.

Jimmy Chien is an Intelligence Officer in the United States Air Force, having worked various problem sets in the Indo-Pacific and the Middle East. He received his commission at the University of Massachusetts Amherst, earning his bachelor’s degree in Chinese and History, and a master’s degree in Chinese. The views reflected in this article are the author’s own and do not reflect the opinions of the U.S. Air Force or the U.S. Department of Defense.