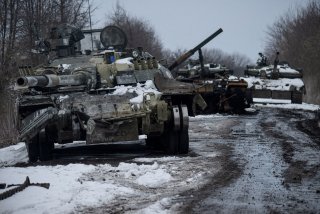 Russia’s invasion of Ukraine will soon be one month old. While the outcome is uncertain, the causes of the war are clearly in view. The classic work of Greek historian Thucydides provides a useful framework for understanding the war.

Thucydides’ History of the Peloponnesian War described a war fought between the Greek city-states of Athens and Sparta and their allies between 431 and 404 BCE. Although Sparta ultimately won the war, it was a pyrrhic victory. The long war destroyed the Greek city-states’ power and sapped their resources. Thucydides stated that the war started because of three factors: fear, interest, and honor. More than 2,000 years later, his ideas remain relevant for understanding the current conflict.

The American strategy of containment helped bring about the collapse of the Soviet Union in 1991. In the years since, several former Soviet states have joined the North Atlantic Treaty Organization (NATO). NATO expansion has now reached Russia’s western borders in several places. Russia feared for its security.

The turning point was NATO’s April 2008 summit in Bucharest, when it was announced that Georgia and Ukraine would eventually join NATO. This heightened Russian fears on the expansion of NATO and its motives. In August 2008, Russia launched a “peace enforcement” military operation into Georgia. Sparta feared the rise of Athens, sparking the Peloponnesian War. Russia’s war in Georgia served as a stark warning that Russia will take military action if it feared its national security is threatened.

Ukraine initiated steps to join both NATO and the European Union (EU). Those actions led to Russian intervention in 2014. Russia occupied and annexed Crimea and supported pro-Russian separatists in Ukraine’s eastern Donbas region. That conflict simmered for eight years until Russia invaded Ukraine in Feburary to disrupt its plans to join NATO and the EU.

The occupation of Ukrainian territories is related to Russia’s strategic interests. Russia seeks to have a strategic “buffer” that can serve as geographical bulwarks against potential Western expansion.

Ukraine could hypothetically be used as territory from which to launch an attack into Russia. Memories of Germany’s invasion of Ukraine and Russia in World War II still linger. Ukraine was one of the prime axes for the Wehrmacht’s Army Group South advance which captured Kiev, Crimea, Kharkiv, and the Donbas region in 1941. History informs us that Russia needs geographical buffer zones in its western boundaries to ensure it can have strategic depth for defense.

Many former Soviet states in Eastern Europe have now joined NATO. Ukraine was one of the last strategic buffers positioned between Russia and the West. Ukrainian membership in NATO would mean that Russia has lost influence over its land connections to Eastern and Central Europe, relegating it to be an Asian power in the Eurasian landmass.

Russia also needs to strengthen Crimea with land connections to the Donbas region via control of Mariupol and its adjacent areas. Linking Crimea to Odesa further west would provide Russia with a strategic corridor with access to a warm water port. It would also secure lines of communications and support for these occupied areas. These geographical zones are Russia’s core strategic interests in Ukraine.

Russian president Vladimir Putin must also demonstrate resolve and strength. Russia’s culture and history shows that this is important. Russians have favored strong leaders throughout their history with legendary figureheads such as Vladimir Lenin and Joseph Stalin. Putin won re-election in 2018 with a convincing 76.7 percent of the vote, but circumstances have changed in recent years.

Sanctions following the 2014 annexation of Crimea have hurt the value of the ruble and consumer products became more expensive. Putin’s management of the COVID-19 pandemic has also drawn scrutiny. A poll in 2020 showed that 48 percent of Russians disapproved of Putin’s handling of the pandemic. In the last two years, Putin’s approval rating as Russian president, according to Levada Center’s polls, hovered between 60 percent and 65 percent. But Putin’s approval increased after the annexation of Crimea, and he may be looking for a similar bump before the 2024 election.

Thucydides’ trio of fear, interest, and honor each played a role in Russia’s strategic reasoning for invading Ukraine. However, it must be noted that strategy is a two-way street. On the other side, Ukraine and NATO also have their respective elements of fear, interest, and honor in this geopolitical conflict. The clashing of these irreconcilable ends may lead to a larger and more tragic conflict.

Thucydides’ History of the Peloponnesian War also has a cautionary lesson for us today. The Peloponnesian War started with Corinth and Corcyra fighting each other, later dragging the larger Greek powers with their allies into an epic war that almost destroyed their world. If the world powers do not tread carefully in managing the ongoing Russia-Ukraine War, it may escalate and spiral into a more massive and destructive war with global consequences.

Dr. Adam Leong Kok Wey is professor of strategic studies and the Director of the Centre for Defence and International Security Studies (CDISS) at the National Defence University of Malaysia (NDUM). His latest book is Strategy and Special Operations: Eastern and Western Perspectives published by NDUM Press (2021).