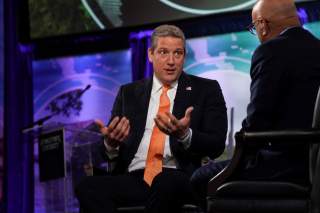 Ryan, who is also a former Democratic presidential candidate, said he endorsed Biden because he believes Biden can win over states that President Donald Trump won in the 2016 election.

Ryan added that candidates and people want a “revolution” and that the best way to “have a revolution in the United States is to get rid of Donald Trump.”

“I’m going to support him,” Ryan said. “I’m going to do everything I can for him in the early states and in the Midwest to help him become the nominee and beat Donald Trump.”

The former presidential candidate said he has witnessed Biden interacting with people in crowds, adding that Biden has a connection to the working class in his bones.

“If he’s got a plan that appeals to me, that’s a plan that’s going to appeal to the industrial midwest, and that’s a winner for us,” Ryan said.