Time to Buy Your Next Laptop Computer? Here Is What You Should Know. 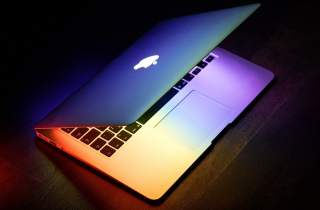 Choosing a laptop computer from a bewildering array of options is a task that most Americans have to face today—and unfortunately, it can be maddeningly unclear just how to get the best value for your money.

That’s too bad, because your choice of laptop can matter a lot: one study concludes that the average Americans spends around four hours per day on a computer, whether it be reading articles, writing reports, responding to emails, editing photos, or playing computer games.

The hundreds or thousands of hours spent doing those activities will be adversely or favorably affected by your choice of computer.

The key to getting the most satisfying laptop for your buck is figuring out what level of performance you need from it, and in what circumstances you intend to use it.

Some people will only need their laptop for basic use: browsing the internet, Interacting on social media, watching videos, taking care of email and light word processing. For such tasks, you can find very decent laptops for $400 to $600, and you can find small, lightweight ones that only clock in around two or three pounds—though you’ll want to keep an eye on battery life if you like to roam around with your laptop a lot.

Higher performing professional or power laptops can range in price between $600 to $1,300. You can find more expensive models but probably don’t need them unless you’re into gaming or Macbooks, as explained below.

For your extra dollars, you may get a better screen, more RAM memory and faster processors for smoother performance, additional disk space, and more ports to plug in USB devices and other peripherals.

Some traits to look for in a power laptop include a larger disk drive (512 gigabytes to 1 terabyte) or a faster 256 or 512-gigabyte solid-state drive (SSD); an IPS monitor; at least 4 but preferably 8 to 16 gigabytes of RAM, and a quad-core processor.

Some users may prefer lightweight laptops in a tablet-like manner, s found in the Microsoft Surface series of laptops. Such computers feature optional touch screen interfaces, and ability to ‘convert’ into a tablet by folding the keyboard over the back. You should be able to find such options at both basic and power-use performance levels, though with a modest bump upwards in price.

According to a 2018 study, roughly half of all Americans play some form of videogame. And of that group, roughly half do so on a computer.

You won’t need a special computer to run casual games similar to those you can play on a smartphone. But if you like games with awesome 3D graphics like Skyrim, Total Warhammer or Assassin’ Creed: Odyssey, you will need to buy a gaming laptop.

It’s also worth noting that people working in 3D rendering or even bitcoin mining might also need the hardware muscle found in a gaming laptop.

Fortunately, entry-level gaming laptops are not as prohibitively expensive as you’d expect. A bargain gaming laptop can be found between $800 to $1,200 dollars, and can easily double as the above-described “power laptop”.

Like the power laptop above, a bargain gaming laptop will need a bit more of everything: more RAM and disk space, faster processors, etc. But the defining trait of any gaming computer is the presence of a 3D graphics card. For a bargain laptop, that card will be either a low or middle-tier card like the GTX1650 or 1660, not a top tier device.

Some people criticize the idea of getting a gaming laptop, as you can buy a higher-performance desktop for the same money. Gaming laptops also tend to be a bit larger and heavier, reducing portability in public spaces, and sometimes struggle to deal with heat buildup.

One solution is to simply get a lightweight, lower-performance tablet or laptop for when you’re on the move, and invest in a high-power desktop for gaming when at home. But gaming laptops will appeal to people that prefer investing in a single, fully-capable computer they can take with them wherever they go.

Need something cheap and ultra-portable?

The ultra bargain-bin side of laptops these days comes in the form of the Chromebooks and similar products, which can be purchased for between $150-300, or less if refurbished.

These are small, highly portable laptops with barebones hardware, tiny amounts of disk space and a limited-functionality operating system based on the Google Chrome internet brower that’s compatible with Android apps. Chromebooks are designed to store most of their user data on an online cloud.

There are also similar ‘netbook’ options out there which may tweak up the disk space and hardware a bit, or feature a different Android or Windows-based operating system.

In theory, such low-end computers are perfectly adequate for basic internet browsing, social media usage and writing tasks. The devil’s bargain here is that the Chromebooks and their ilk become less functional when you don’t have internet access. You might try mitigating limited storage by using an external hard drive connected by USB, though that may negate some of the price advantages.

Chromebooks are intrinsically in competition with tablet devices like the iPad or Kindle Fire. Tablets will tend to be more portable and may run smoother and look slicker. But “book” computers come with one notable functional advantage: their own built-in keyboard. That’s simply far more convenient than peripheral keyboards developed for a tablet.

This is a decades-old question of nigh-religious proportions. Fortunately, you don’t have to be a computer geek to grasp the tradeoffs between the long-running rival platforms.

Macbooks are pricier than Windows-based laptops and in some circles are seen as a mark of prestige. What you get for your minimum $1,100 purchase is a generally sleeker, lighter external design with good battery life, a “cleaner,” more tightly integrated operating system and software, and limited exposure to computer viruses. In some fields such as graphics design and video editing, Macintosh computers and their associated software are virtually industry standards.

PC computers, by comparison, afford you better performance specifications for your buck, and are compatible with a vastly wider range of software, and give you more control over the operating system. The downside of the PC’s more “democratic” character is that the integration between programs and the operating system can be messier and there’s more variability on both material and software quality.

My advice? If you’re on a budget, get a PC. If you’re a gamer or otherwise need performance power for other reasons, get a PC. If you value access to a wider range of software and exercise a greater degree of control over the operating system, get a PC.

If you have more money to splurge and want a slicker-looking computer that will minimize the hassle in performing routine tasks—or happen to work in a creative field where Macs and their associated software are standard—a Macbook may be more appealing.

In a companion article, I’ll delve into additional detail on specific hardware choices for your laptop. But hopefully the above should give you enough information to make some important basic choices about what kind of computer you’re looking for!