The Time to Ease the UK-U.S. Travel Corridor is Now 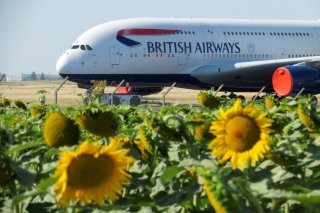 Take it from a Brit who just flew through Ecuador to get to California, the U.S.-UK travel corridor is a complete mess.

I stepped off a plane in San Francisco this morning having flown from the historic city of Quito, five thousand miles from my home near London. My journey to Latin America has been an eye-opening experience: not because of the rich culture and diverse landscapes, but because of the present inconsistencies with traveling between the United States and the United Kingdom.

For months, Brits have been barred from entering the land of the free due to President Joe Biden’s outdated coronavirus travel ban. And yet, we discovered a route into America by passing through a third country with open borders—in our case Ecuador. Ironically Ecuador is considered a ‘red list’ country according to British prime minister Boris Johnson’s administration, but somewhere that is free to travel to and from the United States.

This glaring loophole exposes Washington and Westminster’s ineptitude to reinstate a travel corridor, which was flagged ahead of last month’s G7 in Cornwall but was swiftly dashed following concerns over the Delta variant.

The news came to the dismay of the aviation sector which is set to lose an estimated $47.7 billion in 2021. The bosses of long-haul airliners such as British Airways and Virgin Atlantic are now demanding a return to normality, saying it is “essential to igniting economic recovery.”

In light of emerging scientific data over the safety of flying, as well as mounting political pressure (not to mention the unprecedented impact on global tourism), the question of whether a U.K.-U.S. travel corridor should be relaxed is beyond reproach.

Britain has now fully inoculated half its population, with eight out of ten adults now developing antibodies from COVID-19. As for America, 330 million doses have been administered.

More importantly, on both sides of the pond, the link between the rate of infection and deaths has been broken thanks to the effectiveness of the vaccines—even against much-feared mutations emerging from the likes of Brazil and India. Moreover, the two have ramped up mass testing allowing domestic lockdown measures to be lifted.

Airliners and airports have also learned a great deal in ensuring the safety and wellbeing of passengers. From the use of face coverings and improved ventilation systems to lateral flow testing and health screening, flying has become a low-risk venture for people wishing to leave their respective countries.

With the two global trading powers seemingly under control over the spread of COVID-19, allowing fully vaccinated citizens on both sides to fly without quarantining should be of utmost importance.

Not only that, but a timeline to restore trans-Atlantic travel as soon as possible is key to the very survival of an industry grounded by the pandemic. Air travel alone enables trade worth over $250 billion, and both nations' GDPs depend greatly on international travel for economic growth. If policymakers continue to dither on these illogical restrictions, they risk plunging the aviation sector into greater uncertainty and putting people’s livelihoods at risk.

Fresh hope may soon be on the horizon after President Biden hinted that an end date to his executive order of travel may be revealed “within days”. I hope that to be the case because no one—holidaygoers, workers or families separated from their relatives—should have to launder their country status to fly abroad.

If Biden and Johnson truly believe in the mantra of a New Atlantic Charter that leads the West out of the coronavirus crisis, they should stand behind calls to safely lift the U.S.-U.K. corridor and allow trans-Atlantic travel to take flight once again.

Bill Bowkett is a Young Voices UK contributor and a political reporter at Reaction. Follow him on Twitter: @Bill_Bowkett