Tokyo 2020 Olympics Doomed Thanks to Coronavirus? 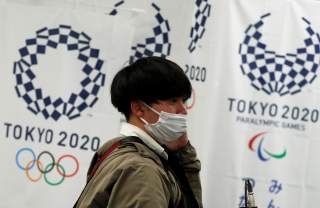 The coronavirus has plunged the global sporting calendar into disarray. Football fixtures across Europe have now been postponed, including the Euro 2020, English Football League and the English Premier league. Such scenarios remove revenues from gate takings, significantly affect sport media broadcasters and leads to knock-on effects for sponsors and advertisers.

Some estimates suggest the postponement of EURO 2020 will cost UEFA roughly €250-300 million (£230-280 million). There are now also being doubts cast over the 2020 Olympics in Tokyo, despite recent posturing from the International Olympic Committee that the Games will not be postponed.

This is, however, not the first time a global health crises has impacted on global sport. From HIV to SARS, to Avian Flu and to Ebola, the sporting world has gone through this before – albeit not on such a large scale.

Sars, which was recognised as a global threat in March 2003, was thought to be caused by a type of coronavirus and was of particular concern among the medical community because its structure made it very easy for the virus to mutate.

Avian flu, or Bird flu also emerged in late 2003 as another potential global health issue. The new strain was capable of infecting humans and countries were urged to maintain a high level of vigilance, and not to relax their surveillance and detection efforts.

Both diseases arose around the time that Beijing was preparing to host the 2008 Olympics. The effects were felt keenly in 2005, although three years ahead of the event, poor handling in the past, as well as new cases, cast doubt on whether the country would be able to host the games at all. As a result, a series of sporting events, which Beijing were hoping would demonstrate its readiness for the Olympics, were cancelled or moved to other countries.

As the games got closer, with millions of visitors and unprecedented worldwide press coverage, fears arose that another outbreak of Sars or Bird flu could prove disastrous. As a precaution, thousands of hospital beds were kept empty during the Beijing Olympics to deal with the possibility of an outbreak.

The same fears are affecting Tokyo, which is set to host the 2020 Olympics in late July to mid August. While preparations continue (despite criticisms that it is irresponsible to do so) an upcoming gymnastics test event has been cancelled. With the Olympic torch to arrive on Friday, it is uncertain whether the games will take place.

The threat had major consequences for the African Cup of Nations, which was originally scheduled to take place in early 2015 in Morocco. After receiving advice from the WHO, Morocco asked the African Football Association (CAF) to postpone the event for six months for fear of supporters carrying the Ebola disease across borders. CAF was concerned was about the potential loss of millions of dollars in revenue, for example from income generated from broadcast and sponsorship revenues.

Morocco’s stance was that monetary concerns are trumped by health ones and their decision was motivated mainly by the medical risks to their fellow Africans. But after a marathon meeting of the competition’s governing body, the CAF officials rejected Morocco’s request. As a result, the competition was transferred to Equatorial Guinea.

Equatorial Guinea, an oil-rich, Spanish-speaking country, had hosted the 2012 finals with its neighbour Gabon. That tournament used stadiums in Malabo and Bata in Equatorial Guinea which made the shifting of the 2015 tournament less complicated. Once secured, Equatorial Guinea called on 50 doctors from Cuba and put into place ambulances and thermographic cameras to screen fans.

Despite the Ebola threat, Equatorial Guinea turned the competition into an improbable success.

The HIV and Aids crisis, at its height in the late 1980s and early 1990s, had a different effect. Rather than impacting individual events it changed the way games were played. As both are transmitted through blood, WHO worked with medical sports professionals to quell concerns about how the disease is spread and came up with guidelines for dealing with blood-related injuries.

For many ethical and legal reasons, mandatory HIV testing of athletes or other game personnel does not exist in many sports – due to fear of lawsuits leading to invasion of privacy. Various governing bodies, particularly in contact sports, have adopted practices for dealing with blood-related injuries, for example the NBA and Fifa instituted a rule forcing a player with an open wound to leave the game until they are treated.

For now the Tokyo Olympics are still set to begin on 24 July – but it’s becoming more likely that they will also have to be postponed. What the lessons are from this outbreak are yet unclear but the severity of COVID-19 may have lasting impacts like the HIV and Aids crises did before it.