The Tokyo-Taipei Calculus: Will Taiwan Soon Join the CPTPP? 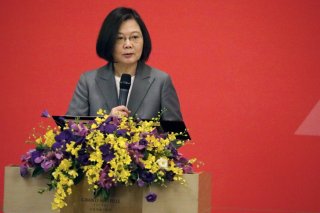 The repercussions of the Covid-19 pandemic and the policy responses devised for the same have led to abrupt and heavy disruptions to economic activity. Regional and global trade agreements have assumed renewed importance as tools to mitigate economic shock while bringing together like-minded regional powers to support a deeper, transparent, and rules-based free trade order. Under such circumstances, the focus on the Asia and Pacific-wide Tokyo-led Comprehensive and Progressive Agreement for Trans-Pacific Partnership (CPTPP) is at an all-time high.

After the U.S. withdrawal from the CPTPP, Japan has played a critical leadership role in the regional trade agreement to ensure its relevance. Prime Minister Yoshihide Suga has proclaimed “steady implementation and expansion” of the CPTPP as a priority goal during Japan’s capacity as its chair in 2021 (even though Tokyo’s political climate is not in favor of Suga). The United Kingdom has already formally requested to begin negotiations to join the CPTPP, while China revealed that it would “actively consider“ membership as a pathway for economic globalization; South Korea too has declared its intent to “actively pursue“ CPTPP.

Similarly, in December 2020, Taipei had notified the CPTPP member states of its intent to join and has since engaged in informal talks for the same. This development, especially as China had blocked Taiwan’s entry into the recently-concluded and Beijing-backed Regional Comprehensive Economic Partnership (RCEP) agreement, marks a high point of politically-driven economic contest. For its part, Taiwan has undertaken broad economic reforms and adjustments to its policies and industrial structure in order to qualify and prepare for its CPTPP bid. Even though the addition of any state to the trade bloc is a politically charged affair, Taiwan’s unique, contested “statehood” status makes Taiwan’s inclusion in the CPTPP comparatively more controversial. Why is Taiwan’s entry into the agreement important and what are the strategic contours surrounding it?

Tokyo-Taipei Chemistry and the CPTPP Complex

As a former Japanese colony, Taiwan’s relations with Tokyo have not historically been steady, although they have progressively improved in recent times. Taipei’s claims on the disputed East China Sea (ECS) islands—called Senkaku in Japan, Diaoyutai in Taiwan and Diaoyu in China—have been a source of tension. Taiwan’s food imports ban against Japanese produce from areas affected by the 2011 Fukushima nuclear disaster has further strained ties. Importantly, Japan’s recognition of the “One China” policy, which situates Taiwan as an inalienable Chinese territory under the 1972 Joint Communique, has placed significant limits on its relations with Taiwan. Hence, Japan-Taiwan ties have primarily centered around trade with a quasi-diplomatic relationship, similar to most relationships that Taipei shares with mainstream economies around the world. Moreover, Japan’s outreach to China in a bid to strengthen post-Cold War ties—such as through its massive official development assistance (ODA) that ultimately failed to foster friendship (or stabilize the ties) and deter ambitious military expansion—left little space for Tokyo-Taipei’s diplomatic and strategic relationship.

However, Tokyo under former Prime Minister Shinzo Abe grew increasingly cautious in its ties with China. Under Abe, Japan’s foreign policy became much more nationalist and security-prone, imbibing anti-China measures, both domestically and internationally. The age-old Japanese strategic outlook of “seikei bunri“—that kept politics separate from economics—served Tokyo well in managing a rising China in the neighborhood. Effectively, this reformed China outlook encouraged Abe to visualize a relationship with Taiwan in a fresh context without undervaluing the significance of Japan-China ties. In fact, quasi-official mechanisms like the Taiwan-Japan Economic and Trade Conference emerged as the backbone of growing synergy between the two. As a result, Japan emerged as Taiwan’s third-largest trading partner while Taipei became Tokyo’s fourth-largest trading partner; bilateral trade between the two totaled $67.3 billion in 2019. Meanwhile, with cumulative investments of $22 billion, Japan is the fourth-largest source of foreign investment in Taiwan. Concurrently, Taipei counted upon Japan’s influence in the G-7 and the CPTPP (including a stronger association with the Quad format) to further its own delicate political ambitions. These progressions have shown that Japan-Taiwan ties can be enhanced even inside the current structure of Japan’s “One China” policy. Still, the question of how such an enhancement—which leads to productive and influencing ties in the wider Asia and Pacific region—is possible remains.

In 2019, Japanese Diet member Keiji Furuya expressed Tokyo’s “full support“ for Taiwan’s inclusion in the CPTPP. Taiwan’s thriving economy with membership in the World Trade Organization (WTO) and Asia-Pacific Economic Cooperation (APEC) would make Taipei an asset to the grouping—despite their continued tensions over Taiwan’s food imports ban. For Japan, including Taiwan in the CPTPP along the lines of UK (and perhaps a return of the United States at some point under Joe Biden) would symbolize Tokyo’s leadership in multilateral trading mechanisms. It would also showcase Japan’s political and economic stature as a global leader while building CPTPP into a truly expansive, comprehensive, and strong economic pact.

For Taipei, access to any international forum is a strategic bonus. Given Taiwan’s recent trajectory of losing diplomatic allies, inclusion into the CPTPP will be a major political bonus for Taipei even though it would not change its diplomatic standing internationally. CPTPP inclusion would symbolize and further Taiwan’s acceptance internationally as a major trans-pacific economy and strengthen its Indo-Pacific narrative that President Tsai-Ing Wen has been carefully promoting for some time. In December 2020, Taiwan’s Foreign Minister Joseph Wu argued that accession to the CPTPP would be a vital step to “safeguard Taiwan,” bolstering its role as a “front-line state defending freedom and democracy.” Ultimately, Taiwan seeks to solidify its identity through CPTPP accession and gain autonomy to stay engaged with the pacific economies.

Economically, joining the CPTPP will inject new momentum into Taiwan’s regional economic integration efforts. In 2019, Taiwan’s bilateral trade with the CPTPP economies amounted to over a quarter of its total world trade, with Japan leading the pack with almost 11 percent of Taiwan’s total trade. In terms of imports, this share is even higher with almost 30 percent of the country’s total imports coming from CPTPP member states. This high-level trade is a testament to Taipei’s strong economic ties with members, making its inclusion beneficial to all parties and a boost to economic integration aims.

Furthermore, Taiwan’s geographic importance to the Chinese economy makes it a critical factor in discussions of global value chains and a model of how to decouple and reduce dependence on China. Taiwan stands at the geographical center of the CPTPP’s domain —making it a “tailor-made” fit for the free trade pact. Taiwan’s manufacturing reliability, focus on green development and sustainability (which paves way for the creation of green supply chains), deep-seated integration in global high-tech supply chains, and shared democratic ideals make it a valuable addition to the CPTPP. In other words, as bolstering the resiliency of supply chains becomes a priority for most CPTPP states and they consider strategies to reduce dependency on China, Taiwan can fill a crucial gap. For instance, in the manufacturing domain where China holds a distinct dominance, Taiwan’s domestic industries gained an edge as Taipei rapidly became the world’s leading manufacturer of surgical masks; Taipei supplied Tokyo with 2 million face masks as Japan faced a shortage amid disrupted supply chains with China in the early months of the pandemic. Additionally, while other states (like Thailand, India, Indonesia, and Vietnam) can offer low value-addition, labor-intensive manufacturing to replace Chinese industries, Taiwan’s expertise makes it an ideal destination for high value-added sectors like semiconductors and automotive parts (among others) that mandate high-level industrial and human resource capabilities. Notably, U.S. corporations have urged Taiwanese (and U.S.) accession to the CPTPP as a strategically vital move to build efficient and resilient supply chains.

Taiwan’s Contested “Statehood” and the CPTPP

Taiwan’s contested “statehood,” and Beijing’s strong opposition, has frequently hindered its meaningful participation in international institutions—the World Health Organization (WHO) being a prime example. Taipei’s first such accession was to APEC in 1991 and marked, despite Chinese objections, a diplomatic milestone made possible through the country’s changing domestic environment, growing economy, and shift to a pragmatic foreign policy involving a bottom-up diplomatic process. Relatedly, the Tiananmen Square massacre in 1989 had reduced Beijing’s influence. While Beijing has managed to limit Taiwan’s political presence/influence in APEC and the WTO (it is recognized not as the Republic of China but “Chinese Taipei”), its membership remains a crucial legal precedent making it eligible for the CPTPP. Furthermore, the CPTPP allows for non-state accession as its process is similar to the WTO’s rather than a free trade agreement.

Still, Taipei’s CPTPP accession faces enormous political hurdles. Ratifying its inclusion in the CPTPP is a risky move for the bloc, especially as China is the top trading partner for nearly all CPTPP member states. Despite this, Taiwan’s Ministry of Foreign Affairs Spokeswoman Joanne Ou revealed that the CPTPP member states responded positively to Taiwan’s membership request. Importantly, Taiwanese officials have repeatedly proclaimed that Japan has shown consistent support for Taiwan’s entry into the CPTPP. Still, even though Japan has shown great support to back Taipei’s inclusion, building a consensus among the CPTPP member states would be a major challenge.