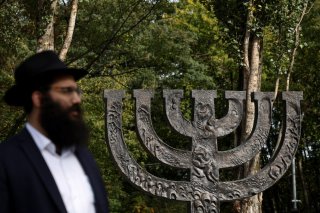 As scholars of genocide will line up to tell you, Holocaust denial is never just Holocaust denial. It is always accompanied by other things. If the historians “lied” about the death camps—one of the most significant and searing events in recent history—what else must they have lied about?

Just as Holocaust denial—in the case of disgraced historian David Irving, for example—often shades into Holocaust advocacy, so too do other denials of atrocities.

I have studied genocides and wars across the world. The denier of the Chinese genocide of the Uyghur Muslims is apt to deny the genocide of the Rohingya in Myanmar. The denier of the Holodomor, a genocidal crime committed by the Soviet Union against the people of Ukraine in the 1930s, is apt to deny that Russia’s war against Ukraine today has genocidal characteristics.

Birds of a feather flock together. This is the lesson of our times. Through the Covid pandemic, the growth of election denial in the world’s democracies, and the emergence of conspiracy theorist movements in the continental United States, Canada, and Germany, we have learned this lesson. There is never just one cause of insurrectionism or conspiracy theories, and to believe one is to make a person vastly more likely to accept and spread the others.

A recent report from Brian Whitacker in New Lines Magazine makes this trend especially salient. He discusses the editorship of a cranky, conspiracy theorist journal, which publishes revisionist and anti-scientific perspectives on vaccinations and other medical and social policies in the pandemic era. The audience is almost surprised when the metaphorical camera pulls back, and the author reveals where these people all met: online, denying the atrocities of the regime of Bashar al-Assad, perpetrated against the people of Syria.

But to anyone who has studied the Syrian Civil War, and the online discussion and paratext that has sprung up around it, this is not at all surprising.

To deny that Assad used chemical weapons against Syria’s people is not just a denial of something very clearly in evidence. The Global Public Policy Institute has collected hundreds of confirmed instances in its project “Nowhere to Hide.” This is not just denial of something obvious and in evidence. It is not just an act of cruelty, in effect telling survivors of chemical war crimes that they are liars and stooges in someone else’s psychological operation.

Not only that—to deny these chemical attacks is to attack the foundation of reality and objective truth itself. If the evidence of chemical weapons use is suspect, so are all scientific papers. So are all clinical trials. So are all patient records. Hence the linkages to Covid denial, anti-vaccine sentiment, and more. And where this leads is not pleasant.

For a not insignificant sector of society, their way of coping with news they do not like is denial—flat denial. My candidate did not lose that election. The dictator I like did not massacre those civilians. This disease I might otherwise fear does not in fact exist. The Holocaust cannot truly have happened.

We might think, in our vast and pluralistic societies, that these perspectives can be tolerated and, if not that, at least contained to the minds and hearts of the willing. But sadly, this is not how the world works in a social media age. This is not personal predilection, and these things have more adverse consequences.

Facebook, now Meta, faces two serious legal challenges related to its alleged culpability in acts of genocide. The first is in Myanmar, where researchers found vast amounts of anti-Rohingya sentiment, including false reports of massacres carried out by Muslims, which whipped Burmese and Buddhist crowds into racial pogroms and supplemented the military’s genocidal campaign against the Rohingya.

And the second, more recently launched, relates to Ethiopia. There, Facebook is alleged to have been instrumental in the whipping up of mob violence.

In the social media age, conspiracy theorists and atrocity deniers tend to find each other. And they tend, in their online spaces, not only to agree but to make plans. Donald Trump did not lose the 2020 election, they insist, so we must storm the U.S. Capitol. Modern Germany is a satanic imposition on rightful imperial land—thus we must launch a hostage-taking coup d'état.

The Holocaust is a slanderous lie about Adolf Hitler and the German people designed to justify the creation of the state of Israel; thus, we must attack Jews on the streets of Jerusalem, New York, and London, and we must work to rid the world of the Jewish media conspiracy which perpetuates the lie of the Holocaust.

These are deep waters. Atrocity denial may seem concerned with events which are too recent, too uncertain, to be set historical fact—subject only to the deep reasoned critique of historians. But just as Holocaust denial began before the camps were fully liberated, the denial of Russia’s genocide in Ukraine began before the war did this February. And the denial of Assad’s use of chemical weapons predated their first use.

Holocaust denial is perhaps the most salient example of these birds of a feather flocking together. It plays a part in the erosion of democracy. If the greatest crime of living memory can be denied and fact and historical truth no longer stand on their own, so can everything else.