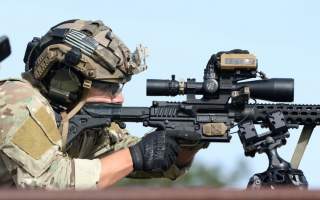 Americans join the Army for plenty of reasons: for country, family, and honor. According to a new study of enlisted soldiers, however, a core motivation is relatively simple: for money.

A RAND Corporation exhaustive survey of 81 soldiers between E-1 and E-4 suggests that the choice to enlist is influenced by two overlapping factors: institutional ones like family and duty, and occupational ones like professional development and job stability.