The Transatlantic Allies Need to Rethink Their Stabilization Efforts 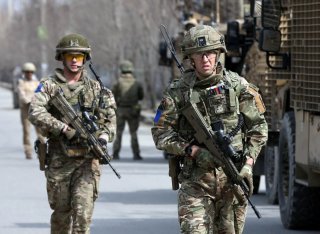 With the recently announced U.S. withdrawal from Afghanistan, transatlantic allies have had to again face a painful fact: stabilization operations have not been delivering. Modestly successful at best and counterproductive at worst, stabilization operations have been a difficult topic of transatlantic affairs, and more recently have fallen to the bottom of the to-do list owing to priority issues like China’s rise. However, as unlikely as it may seem, there is currently a window for transatlantic allies to make progress on this issue. A changing strategic context and series of opportune policy shifts can enable Washington and Brussels to build accountability for past mistakes and define clearer goals for future conflict and stabilization efforts. Much work lies ahead, but it must start with transatlantic coordination.

The price paid in lives, time, and potential lost in stabilization efforts is staggering for transatlantic allies, but even more so for the people and countries affected by conflict. Even as the Afghanistan war draws to a close, costly stalemates and instability continue to drag on in Mali, Iraq, and Syria, where the United States and European countries are engaged directly or through institutions such as NATO, as well as in UN multidimensional stabilization operations where transatlantic allies contribute troops and financial support. As the promise of opportunity and security continues to be delayed for citizens caught in conflict zones, transatlantic allies are wrestling with available policy options and a potential need for strategic course correction. Experts are increasingly pointing to the failure of current efforts and the need for alternative approaches, especially those prioritizing governance, for example, engagement with citizens for the provision of social services.

When looking ahead, the picture only becomes more complex. In the medium-term, Covid-19 will continue to worsen conditions on the ground for people in conflict zones, pushing further out of reach basic goals such as the provision of services and food security, as well as complicating power dynamics by empowering armed groups, and even creating additional fragility as pandemic recovery lags. In the long-term, conflict itself is seen to become more complex, with geopolitical contestation making political agreement more difficult, and broader trends like climate change and the development of emerging technologies bringing added volatility. Developing a shared, transatlantic strategic vision now is crucial not only to preventing and mitigating these burgeoning challenges but also to building current policies with adequate foresight.

The good news is that this changing context can act as a force for discussion. Ongoing policy shifts on both sides of the Atlantic can support a new, shared approach to stabilization, if explored jointly. In the United States, the recently-released, whole-of-government Global Fragility Strategy (GFS) is marking a turning point for the American approach to conflict and stabilization by integrating the lessons learned from past operations, providing an overarching, ten-year framework for preventing and managing conflict in the future, and earmarking an associated fund for these efforts. For example, instead of focusing on kinetic, military-driven solutions, as was the case in Iraq and Afghanistan, GFS recognizes the need to address political drivers of conflict like poor governance or inequality first, doing so over a timeline long enough to allow painstaking progress to take root. Even though implementation processes are still being clarified, the strategy has the right set-up to build broader multilateral support.

A major process of reflection is also taking place in the European Union, which, alongside the North Atlantic Treaty Organization (NATO), is sharing responsibilities and operational capacity for stabilization operations. The European Union is currently redefining its role and responsibilities as a fully-fledged geopolitical actor via the Strategic Compass, an extended security and defense review that will include EU conflict and stabilization efforts in its near abroad. This comprehensive process will undoubtedly lead to new goals, limits, and organizational arrangements in EU efforts. As the European Union seeks to become more self-reliant and autonomous in its external policy, it is imperative that they work closely with the United States, bilaterally, and through NATO. The immediate benefit will be greater coordination and alignment of overlapping frameworks, which in the long-term could enhance capabilities and drive greater impact when it comes to issues of common interest, including stabilization operations.

Taken together, these two transatlantic policy processes could underpin a comprehensive, frank discussion on both transatlantic strategic goals and the nitty-gritty of operational coordination in stabilization efforts.

To be clear, there are serious transatlantic policy and strategic divergences when it comes to stabilization operations, from definitions all the way to the lynchpin of these efforts: how to improve the social contract for people living in conflict and insecurity. However, by exploring synergies and divergences in their two frameworks during this critical period, the United States and European Union can build a shared vision for current and future stabilization efforts. Moreover, this would enable more practical conversations on issues of immediate operational relevance, such as burden-sharing arrangements in a time of shrinking budgets due to Covid-19. But even as the conversation must begin in Europe and the United States, it cannot end there. Putting national and local stakeholders from conflict-affected countries in Africa and the Middle East in the driving seat is essential to avoiding the unsuccessful, externally-driven interventions of the past, while targeting efforts towards those who need it most.

None of this will be easy. Even as the days of Afghanistan-like stabilization operations are long gone, Afghanistan-like strategic mistakes are not. Avoiding them requires hard conversations, and the fact that discussing stabilization and conflict is one of them is not a reason to stop trying. As the memory of past failures and their human toll comes back to the fore, transatlantic allies owe it to those who lost their lives in the conflict to do better in the future and humbly seek to develop a better, human-centric way forward.

Anca Agachi is the Security and Defense Fellow for Young Professionals in Foreign Policy. She is the Associate Director of the Atlantic Council’s Foresight, Strategy and Risks Initiative at the Scowcroft Center for Strategy and Security. Previously, Anca worked for the EU's European Defence Agency on defense capability development projects and served as a United Nations Youth Delegate of Romania. Anca holds a master’s in International Affairs from Columbia University’s School of International and Public Affairs (SIPA), and has a bachelor’s from the University of Bucharest and the Bucharest Academy of Economic Studies.