The Trend Has Flipped: Millennials Are Actually Buying Guns 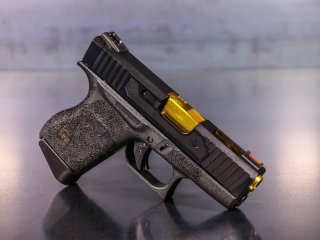 Young people have been quite vocal about gun control in recent years, driven by a number of high-profile mass shootings in schools. There were those opponents of the Second Amendment that likely anticipated that "gun owners" might eventually die off as Millennials had shied away from guns.

However, those games – and a wave of podcasts, YouTube Channels, and social media related to guns in games – may have been a gateway for the younger crowd, and there has been a slow increase in gun sales to Millennials.

Then the pandemic came last year, and it was younger Americans along with minorities and women that began to truly express their Second Amendment rights like never before. Many were first-time buyers but that is about all they had in common. These new gun owners came from all political spectrums as well.

The old notion that most gun owners were old white guys simply isn't true. Just as America continues to evolve politically, with unions increasingly supporting and endorsing conservative causes, many gun owners now identify as independents, democrats, and even liberals.

According to a 2020 survey from the National Shooting Sports Foundation (NSSF), a trade association for firearms retailers, ranges and manufacturers, and gun shop owners across the country, upwards of forty percent of sales last year were from first-time gun buyers. The trade group noted that the largest demographic increase occurred among nonwhite Americans.

"Today's gun owner looks a lot less like me and looks a whole lot more like America," the NSSF's public affairs director Mark Oliva, who is white, told NPR in April.

The strong sales of firearms have also trickled down to sales of ammunition, which has been in short supply and high demand for months on end.

"We welcomed in more than 8 million new users into this sport, which we call shooting sports and hunting," added Metz. "It has created this structural shift in who is entering the market and using the product, which is really exciting for us."

The strong sales of ammunition have driven the shares of publicly-traded Vista Outdoors up by 385 percent in the past year.