Truly Terrible: These 5 Guns Are the Worst To Ever Fire a Bullet 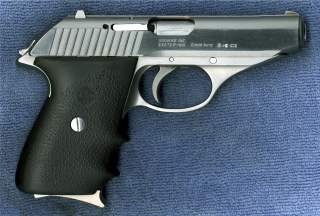 The extremely slow rate of fire made it for all intents and purposes a single shot weapon, and the 9x19 round could not guarantee to incapacitate the target. As the war grew more violent and involved more heavily armed personnel on both sides, the Deer Gun grew less practical, and only 1,000 were built.

Handheld firearms have existed in one form or another since the 13th century. Despite their long history, there have been relatively few real, genuine clunkers in the world of handguns. The close engagement range of handguns—typically zero to twenty-five feet—means that a handgun operator will often have little or no chance to clear a jammed weapon, and therefore complete, absolute, unqualified reliability is a must. Nevertheless, some handgun clunkers became famous, popular, or both.