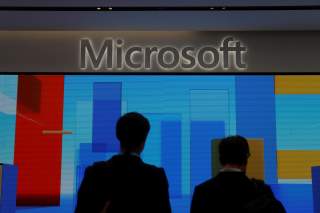 The Trump administration tossed a curveball Friday at Amazon and awarded a $10 billion cloud contract the company was expecting to land to one of the tech titan’s biggest competitors, Microsoft.

Amazon had long been considered a front-runner for the Joint Enterprise Defense Infrastructure, or JEDI. The decision came after President Donald Trump, a critic of Amazon CEO Jeff Bezos, instructed the Department of Defense in August to put the contract on hold.

“This contract will address critical and urgent unmet warfighter requirements for modern cloud infrastructure at all three classification levels delivered out to the tactical edge,” the DOD noted in a statement Friday after the announcement. Amazon said it was surprised at the result, which took months to happen.

“AWS is the clear leader in cloud computing, and a detailed assessment purely on the comparative offerings clearly led to a different conclusion,” Drew Herdener, a spokesman for the company, told reporters. Amazon will continue to be at the forefront of battle-readiness, he added.

Trump’s past criticism of Amazon will give Amazon grounds to protest the award, according to Price Floyd, a former head of public affairs at the Pentagon who consulted for Amazon. “He’s the commander-in-chief, and he hasn’t been subtle about his hostility toward Amazon,” Floyd told reporters.

Controversy has plagued the cloud computing program. Computing giant Oracle, for instance, alleged in a May 31 complaint that former DOD official Deap Ubhi was offered shares in Amazon and a salary with the big tech giant while he was finding a company to help build out JEDI. Ubhi never recused himself, according to the document. And then the president found out about the deal.

White House officials recently showed Trump a document that connects Ubhi and others to a ploy awarding Amazon the 10-year contract, CNN reported in July, citing documents. The document is identical to one from Oracle lobbyist Kenneth Glueck, an executive vice president with the company. The DCNF has independently confirmed the existence of the flow charts.

Trump got more public in his criticisms.

“So I’m getting tremendous complaints about the contract with the Pentagon and with Amazon. They’re saying it wasn’t competitively bid,” the president said during a July interview. He was referring to complaints conservative have made recently about a $10 billion winner-take-all cloud computing contract.

Microsoft, meanwhile, was making inroads in other ways. The company reported on Oct. 4 that hackers made more 2,000 attempts to identify the email accounts of current and former U.S. officials and accounts associated with presidential campaigns. They also tried to hack the Trump campaign.

Microsoft CEO Satya Nadella was in Washington, D.C., on Oct. 8 to talk about the company’s successes. “Trust as an asset is at the center of most discussions we have with government leaders,” he said at the company’s Government Leaders Summit, according to an Oct. 8 report from The Washington Post.

Microsoft has not responded to the Daily Caller News Foundation’s request for comment.