The Trump Administration Wants a War With Iran 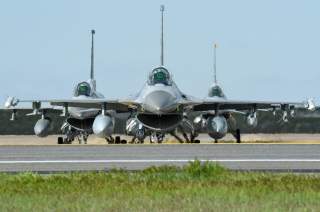 The White House deliberately is stoking controversy with Iran as a pretext for unnecessary military action, according to one right-leaning American magazine.

“President Donald Trump’s national-security team has been leaking ‘intelligence’ about Iranian threats for a week now in an attempt to justify escalating tensions, including moving American air-attack assets to the Persian Gulf,” Gareth Porter wrote in The American Conservative.

“But a closer look suggests that National Security Advisor John Bolton and other senior officials are trying to pull off an intelligence deception comparable to the fraudulent pretense for war in Iraq,” Porter pointed out.

In addition to speeding up Lincoln’s deployment, the Pentagon also sent a contingent of U.S. Air Force B-52s to the Middle East as part of a wider build-up of forces in the region. The bombers on May 12, 2019 flew their first “deterrence” sorties near Iran. Air Force F-15C and F-35A fighters around the same time flew their own show-of-force missions.

The plan “envisions sending as many as 120,000 troops to the Middle East should Iran attack American forces or accelerate work on nuclear weapons,” The New York Times reported. The planning documents “do not call for a land invasion of Iran, which would require vastly more troops, officials said.”

“Deploying such a robust air, land and naval force would give Tehran more targets to strike, and potentially more reason to do so, risking entangling the United States in a drawn-out conflict,” the Times added. “It also would reverse years of retrenching by the American military in the Middle East that began with Pres. Barack Obama’s withdrawal of troops from Iraq in 2011.”

The government of Israeli prime minister Benjamin Netanyahu reportedly supplied the intelligence that the Trump administration used to justify the May 2019 military deployments.

The administration also has pointed to recent incidents that it characterized as Iranian attacks on U.S. allies. Saudi and Emirati authorities claimed four oil tankers came under attack in the Persian Gulf on May 13, 2019 and all four suffered damage.

Many recent attacks on Saudi oil infrastructure and shipping have been blamed on Houthi fighters from Yemen. Explosives-laden Houthi drones on May 14, 2019 reportedly damaged oil pipelines on Saudi soil.

Some experts have pointed to apparent loose ties between Tehran and the Houthis.

“But public claims by the White House about Iran don’t reflect ‘intelligence’ in any technical sense of the word,” Porter wrote. “No one has cited a single piece of hard evidence that justifies these claims of threats, let alone any that are ‘new,’ as press leaks have suggested. All of them appear to be deliberate and gross distortions of actual facts.”

“Thus do they parallel the infamous aluminum tubes of the run-up to the invasion of Iraq, which were presented as proof of an incipient Iraqi nuclear weapons program, despite the fact that technical analysis had shown that they couldn’t have been used for that purpose,” Porter pointed out.

Porter warned that Bolton is trying to redefine “U.S. interests” in order to justify the White House ordering an attack on Iran in retaliation for real, imagined or staged threats targeting Israel and Saudi Arabia.

Bolton’s May 5, [2019] statement warning of “unrelenting force” against Iran in response to any attack by either Iranian or “proxy” forces added a very significant new element to America’s retaliatory threats. It referred to an attack ‘on United States interests or on those of our allies.’

That broadening of the range of scenarios that could be cited to justify a U.S. strike against Iran, which has so far been studiously ignored by major news media, represents a major concession to the Israelis and Saudi Arabia.

It also creates a new incentive for the Israelis and Saudis to provoke military responses by Hamas in Gaza or the Houthis in Yemen. And it poses the problem of incidents that could be blamed on Iran or a ‘proxy’ but for which actual responsibility is ambiguous, such as the apparent ‘limpet mine’ attack on oil tankers on May 12, [2019]—or the rocket fired into Baghdad’s Green Zone within a mile of the U.S. embassy there [on May 19, 2019].

These deceptions are part of a dangerous game being run by Bolton in which Israel is apparently playing a crucial role. That should prompt some serious questioning as to Bolton’s claims and the role of the alleged secret U.S.-Israeli understandings.