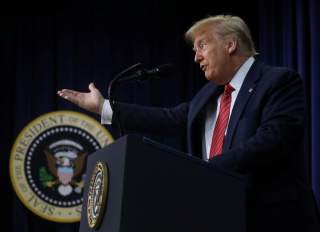 The Trump administration will begin collecting the DNA of all migrants who are apprehended at the border or are in U.S. detention, allowing authorities to store this information in a federal criminal database.

The Department of Justice (DOJ) issued a final rule on Friday that will soon allow the Department of Homeland Security (DHS) to take DNA samples from every migrant that is placed under its custody. Under the new rule, which is set to go into effect in April, immigration officers will be required take cheek swabs from potentially hundreds of thousands of illegal aliens who appear at the border every year.

“Today’s rule assists federal agencies in implementing longstanding aspects of our immigration laws as passed by bipartisan majorities of Congress,” Deputy Attorney General Jeffrey A. Rosen said in a Friday statement. “Its implementation will help to enforce federal law with the use of science.”

The DNA samples collected by immigration agents will be stored in the FBI’s Combined DNA Index system, a database that is used by law enforcement agencies at the state and local level to identify criminal suspects.

The new rule actually pertains to the DNA Fingerprint Act of 2005 —  a law that was passed by overwhelming majorities in Congress at the time — which allows DHS agencies to “collect DNA samples from individuals who are arrested, facing charges, or convicted or from non-United States persons who are detained under the authority of the United States.”

DOJ and DHS officials reached the conclusion that the failure to collect DNA samples from migrants has enabled individual accused of various heinous crimes to avoid detection from Customs and Border Protection (CBP) officials and Immigration and Customs Enforcement (ICE) agents.

The Trump administration has been preparing for a sweeping rollout of migrant DNA collection, having launched pilot programs in the past. These programs have already yielded results, revealing numerous migrants to be lying about their familial relationships in an attempt to circumvent U.S. immigration laws.

Under the new rule, refusing to allow immigration officials administer a DNA test will result in a misdemeanor charge.

Saliva swabs of every migrant apprehended at the U.S. border will result in large-scale DNA collection. In fiscal year 2019, for example, CBP officials apprehended more than 850,000 foreign nationals, according to the agency’s data.