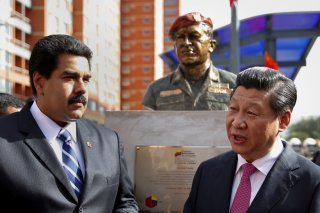 The Trump administration, as well as many pundits and U.S. policymakers, are concerned about the rise of Chinese soft power in Latin America and that the United States is “losing” its influence in the region. However, this position is problematic when one looks at the facts on the ground. Although China has increased its trade with Latin America since the turn of the millennium, the United States remains an important trading partner with nearly all countries in the region. Furthermore, U.S. relations with the region continue in a number of non-economic areas where China has less influence. While it is clear that China has an increased presence in Latin America, the United States remains more closely allied with the region and has a greater regional impact than China. Concerns over Chinese influence in the Americas have less to do with the sheer material impact of China’s presence in the region and more to do with its influence in other domains. On the other hand, “soft power” looks at a country’s ability to convince countries based on political, cultural, and moral appeal rather than through coercive measures, or “hard power.” As China has grown and made inroads into Latin America, Washington has been concerned about the decline of U.S. appeal as Chinese soft power grows.

China’s impressive growth over the past three decades has led many to view the East Asian nation as an alternative approach to development. While others have highlighted that the Chinese model is not replicable, China’s growth dampened the enthusiasm for liberal democracy and capitalism as a model for economic development. While this appeal generates a form of soft power that the Chinese government can utilize to gain influence, the Chinese government’s efforts to promote this positon has been limited. One area where China has made important inroads has been through the provision of aid and investment to Latin America. Some scholars have highlighted that Chinese investment and aid may be used as a means of boosting Chinese influence relative to that of the United States. While this competition for influence is concerning, the Trump administration’s scolding for accepting Chinese financing despite cuts in U.S. foreign aid and the region’s own need for financing do little to support U.S. interests in the region. Furthermore, much of China’s investment, particularly its loans, have gone to cash strapped Venezuela, raising questions about the ability of China to sustain its financial involvement and appeal in the region.

In addition to its financial clout, China has sought to increase its soft power presence by expanding its media profile and educational influence in the region. The Chinese government has sought to push a China-friendly narrative in the region by sponsoring the expansion of multiple state-owned news agencies. While international news agencies would typically not seem like a problem, evidence of misleading stories and pro-China bias has been evident in these agencies. These types of activities have been referred to as “sharp power,” as they are not fully coercive instruments as described in hard power, but do “pierce, penetrate, or perforate the information and political environments in the targeted countries.” This process can boost Chinese influence in the Americas, but does little to enhance relations between the people of China and the Americas. China has also announced its intent to promote Chinese films across the globe. Although China has promoted the expansion of Chinese media into the Latin American market, it has done little to encourage a bilateral relationship between Latin American media firms engaging with the Chinese market.

Soft Power Is a Two-Way Conversation

However, for all of the concern about China’s increasing soft power in the Americas, China’s appeal remains unidirectional and limited. Chinese efforts to boost influence in the Americas have failed to take into account the need to understand Latin American customs and culture. This has translated into the ineffective implementation of cultural diplomatic efforts in the region. There are a number of areas where these failures appear clearly, including the rebuke dealt to China by the cancellation of the Inter-American Development Bank’s Annual meeting in Chengdu due to China’s position regarding the Maduro Regime, an issue where China is at odds with the majority of the region. Similarly, although Chinese trade has increased in the region, criticisms from Latin American publics have emerged as many countries have faced deindustrialization due to Chinese preferences for the purchase of unprocessed commodities that can be refined in China. Understanding the dynamics of Latin American countries as well as their cultures is critical for boosting soft power influence in the region. In recent years, the Chinese government has taken active efforts to boost its domestic knowledge base of Latin America and developed sixty Latin American Studies centers across the country.

Chinese efforts to boost public perceptions of China in Latin America are also limited. As Joseph Nye, the father of the concept of soft power, noted, “The best propaganda is… interactions in two-way conversations in flows.” Chinese efforts remain focused on persuading Latin American societies while limiting their own exposure to Latin American culture. The sharp power efforts that the Chinese government has undertaken may undermine certain norms in the region, but do little to develop strong connections between China and Latin America. Nye went so far as to claim that sharp power undermines soft power and should not be viewed as a mechanism for boosting soft power. In order for soft power to have a lasting impact, influence needs to flow both from great powers that are trying to exert influence while seeking to understand the cultures and people of other countries.

While concerns about Chinese influence in the Americas are founded, the unilateral direction of Chinese efforts stunts their ability to make effective inroads in Latin America. However, this does not mean that the United States should sit by idly. The U.S. government should take actions to increase its own influence in Latin America. The U.S. government needs to focus its public diplomacy efforts at home and abroad if it is going to be able to successfully increase U.S. influence in the Americas. This will require efforts that boost interactions between the peoples of the Americas, such as the Obama administration’s 100,000 Strong in the Americas initiative that sought to expand the number of U.S. students studying in Latin America as well as the number of Latin American students studying in the United States. Other efforts could include redeveloping the U.S. Information Agency, which was closed in 1999, and working with private U.S. companies to promote not only a better image of the United States, but a better understanding of the Americas among the U.S. populace. Promoting better relations in the Americas will also require the U.S. government to show respect to the different nations of the Americas, an action that will require a reduction in U.S. hostility towards those immigrating from these countries.

Another tool that the United States can leverage to boost partnerships in the region is “American Spaces.” These spaces consist of U.S. government-run American Centers as well as community and non-governmental run Binational Centers (BNCs) and American Corners. The American Spaces in Latin America promote mutual understanding between host countries and the United States through educational and cultural programs. Typically focused on providing English-language learning, cultural activities, and advising for students wishing to study in the United States, BNCs also serve as a hub for the exchange of information relating to the United States, a networking space for vast alumni networks, and as a center for professional development. Furthermore, unlike Confucius Institutes, BNCs and their curriculums are autonomous. Staffed by both local residents and American expatriates, the BNC curriculum is developed to introduce students to facets of U.S. life and society, while also appreciating the host country’s culture. Confucius Institutes, on the other hand, must abide by the Confucius Institute Constitution and not participate in activities “that are not consistent with missions of Confucius Institutes,” which unofficially includes topics like Tibet, Taiwan, or Tiananmen. In fact, in its 2019 Report, Human Rights Watch stated that Confucius Institutes “censor topics and perspectives in course materials on political grounds, and use hiring practices that take political loyalty into consideration.”