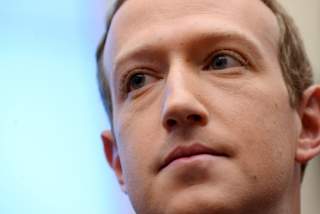 Trump hosted the billionaire tech tycoon at the White House in October alongside Facebook board member Peter Thiel, NBC reported Wednesday. Thiel is a major Trump backer and conservative inside the traditionally liberal confines of Silicon Valley.

Journalist Ben Collins teased the report with a tweet Wednesday promising an “enormous scoop.” The dinner was previously undisclosed.

“As is normal for a CEO of a major U.S. company, Mark accepted an invitation to have dinner with the President and First Lady at the White House,” a Facebook representative said in in a press statement, according to NBC’s report. It is not clear what the two sides discussed, NBC noted. Facebook has not responded to the Daily Caller News Foundation’s request for for comment.

The White House declined to comment for this article.

Collins’s report was published the night of the fifth Democratic primary debate in Atlanta, Georgia, and shortly after House lawmakers concluded another day of questioning witnesses in the Democrat-led impeachment inquiry. Warren commented on the story hours after walking off the debate stage.

“Amid antitrust scrutiny, Facebook is going on a charm offensive with Republican lawmakers,” Warren, who announced her presidential bid in February, wrote Thursday. “And now, Mark Zuckerberg and one of Facebook’s board members — a major Trump donor — had a secret dinner with Trump. This is corruption, plain and simple.”

The senator went on to suggest she has a plan to root out corruption in Washington. Warren spent the past few months railing against what she said is a conspiracy between the president and Zuckerberg to rig the 2020 election.

MSNBC host Stephanie Ruhle asked in a Twitter post Wednesday night why the Zuckerberg dinner “WOULD … NEED TO BE SECRET?”

“Zuckerberg is attacking Warren and dining with Trump,” Judd Legum, a journalist who worked for former Secretary of State Hillary Clinton’s 2008 presidential campaign, said in a tweet Thursday morning. Rule, Legum, and Warren’s criticisms came as media and Democratic politicians railed against Facebook’s decision to not make Trump’s posts subject to fact-checks.