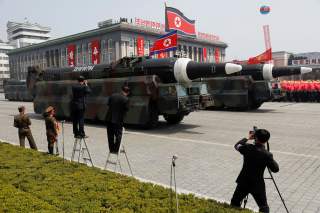 In the next week, U.S. President Donald Trump will meet North Korean leader Kim Jong-un in Hanoi, Vietnam. There is much talk about how the meeting will shake out. The divisions on the American side are stark, and most of the debate will be over North Korea’s nuclear weapons.

As it should be. The North’s nuclear weapons are clearly the most destabilizing change in regional politics in a while. There are widespread fears the North will proliferate or sell them, exhibit poor command and control, use them to blackmail South Korea and Japan, or even launch them in extreme circumstances.

But it is worth noting that there is a multitude of other issues in the U.S.-North Korea relationship, or more properly put, in North Korea’s relationship with the rest of the world. Ideally, some of these issues will at least be mentioned. And some of them demand at least some movement, if not resolution, if any durable deal with the North is to be clinched.

These other concerns include both immediate strategic or military issues, as well as larger political issues. Beyond nuclear weapons, strategic issues Trump will need to address at some point include:

Beyond these strategic issues—all of which are likely part of the Trump outreach negotiations—are larger political issues. Some movement on these is almost certainly necessary for non-military, political concessions like a peace treaty, exchange of liaison offices, or recognition. There are many groups in South Korea, Japan, and the United States with deeply vested interests in the liberalization of North, and they will almost certainly push back on a Trump deal that simply sidelines these issues to pursue an agreement on strategic problems only. These issues include:

This brief list illustrates the huge strategic and ideological gaps faced at Hanoi. They do not mean a deal is impossible. But they do portend that any deal will likely be narrow, focused on specific, verifiable swaps. The broad-front détente Moon Jae-In seeks is much harder for many to swallow given the character of the North. At some point, if Trump really wants a viable re-orientation of the relationship, he (and Moon) will have to confront that.