Trump Loses It On Fox News Over Latest 2020 Poll 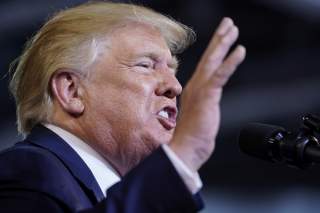 “[Fox News] is at it again. So different from what they used to be during the 2016 Primaries, [and] before — Proud Warriors! Now new Fox Polls, which have always been terrible to me (they had me losing BIG to Crooked Hillary), have me down to Sleepy Joe.” Trump wrote Friday on Twitter.

“Even considering the fact that I have gone through a three year vicious Witch Hunt, perpetrated by the Lamestream Media in Collusion with Crooked and the Democrat Party, there can be NO WAY, with the greatest Economy in U.S. history, that I can be losing to the Sleepy One. KEEP AMERICA GREAT!”

Fox News has compared support for former Vice President Joe Biden, the Democratic frontrunner, and Trump prior to Thursday’s post.

“Democrats best President Trump in hypothetical matchups and keep his support at 41 percent or lower,” Fox News reported citing its own polls June 16.

Trump has gone after Fox News before. He accused Fox News correspondents John Roberts and Gillian Turner of having “even less understanding of the Wall negotiations than the folks at FAKE NEWS CNN” in a tweet Jan. 27.