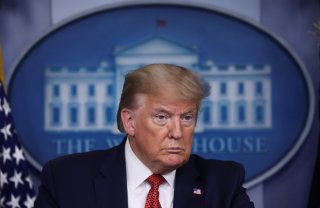 The Trump administration’s decision to withhold funding from the World Health Organization pending a review of the body’s response to the coronavirus pandemic marks an American withdrawal from multilateralism amid a tense confrontation between the United States and China over soft power and global influence. While the United States is right to criticize the WHO for its mistakes and its deference toward China, it would be a mistake to withdraw funding for an extended period.

This is not meant to discount the need for a thorough examination of the WHO’s flawed response to the virus. Such a review should take place. China deserves the brunt of the blame for mismanaging the early stages of the pandemic, but the WHO’s efforts have left much to be desired.

Back in January, as Chinese authorities covered up the severity of the novel coronavirus, the WHO parroted statements by health officials in that country. In a particularly egregious example, the WHO repeated a claim that Chinese investigations found no evidence of human-to-human transmission of the virus. Yet evidence available to Chinese doctors from as early as December indicated the virus could spread via human-to-human transmission.

Moreover, the WHO did not declare the virus a “public health emergency of international concern” until January 30, having denied this was necessary just over a week earlier when it had already spread beyond China’s borders. By the time the WHO called the virus a pandemic on March 11, it had spread to over 100 countries.

Throughout this period, the WHO praised China’s transparency and said it had gained “invaluable time for the response” to the virus. The praise ignored Chinese authorities’ suppression of information about the virus and their willingness to let millions gather in, and then depart from Wuhan, the likely origin site of the pandemic, after the presence of the dangerous new illness was known.

The WHO should be held accountable for its failures, but the United States should not focus strictly on punishment. Flawed response or not, the appearance of bullying a public health organization in the midst of a pandemic risks diminishing the United States’ soft power. Soon after President Donald Trump’s announcement about withholding funding, a Chinese foreign ministry spokesperson attempted to use it for China’s advantage, promising his country would “as always support the WHO in playing an important role in international public health and global anti-epidemic response.”

Rather, the crisis presents an opportunity for a constructive, American-led response that better serves U.S. and allied interests.

Global public health experts have pointed to a key flaw in the WHO’s structure: Its decision-making process is driven by member states, and its member states consist of both democracies and autocracies. China has leveraged this fact to increase its influence in the body, while the United States has shifted away from multilateralism in recent years.

The United States should commit to strengthening global health security by engaging with its allies to boost the role of democracies in the WHO. In doing so, the United States and its allies can employ the full weight of their influence to encourage norms of cooperation and openness. Furthermore, the United States will be in a better position to counter China’s rising influence in the body and work toward reforms that make its decisions less beholden to the motivations of authoritarian states.

The United States should also consider establishing a new body that brings together allies and other partners in pursuit of pandemic preparedness and public health resilience. This organization would facilitate scientific cooperation, information sharing, and global health surveillance. In addition, members could coordinate to secure robust supply chains to ensure participating nations have access to vital health equipment and pharmaceuticals in times of crisis.

The purpose would not be to replace the WHO, which would remain the primary vehicle for international engagement and action on global public health, but would act as an extra layer, or bulwark, of public health security. Should the WHO prove unwieldy due to authoritarian actors, the US and its allies would have another apparatus for cooperation.

The new body could also boost the United States’s engagement with developing countries. Through its Belt and Road Initiative, China has worked to position itself as a more reliable global power than the United States, particularly among less advanced economies. Recently, China has renewed its push for a “Health Silk Road” as a public health-oriented extension of the BRI. But a body built around the world’s leading open, democratic states would serve as a highly compelling alternative for developing countries that might be drawn closer to China via a “Health Silk Road.”

Jeffrey Cimmino is a program assistant in the Global Strategy Initiative in the Scowcroft Center for Strategy and Security at the Atlantic Council. His writing has appeared in National Review, the Washington Free Beacon, the Washington Examiner, Spectator USA, and other publications.