Trump Wins? NAFTA Is About to Get Replaced 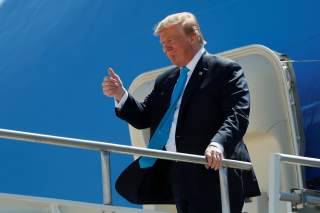 Despite some last-minute additions that make substantial changes to the deal, the congressional approval process for the U.S.-Mexico-Canada Agreement (USMCA) is hurtling forward. The House implementing bill was posted late Friday afternoon. As per the Trade Promotion Authority (TPA) rules under which the agreement was negotiated, Congress will cast an up or down vote on this bill, with no amendments. A vote is expected in the House on Thursday, with a Senate vote likely coming in January.

There are over 200 pages of text in the implementing bill, and there is a lot of detail spelled out therein about how the agreement will operate as part of U.S. law. We want to highlight here three issues of importance—we offered a discussion of a broader range of issues here—and how the implementing bill addresses them. These issues warrant careful deliberation and consideration before a vote is cast, although they may not get it.

First, one of the biggest trade issues in the USMCA is the extent to which the agreement pulls back—as compared to NAFTA—from free trade in autos and auto parts between the U.S., Canada, and Mexico. At least on paper, it will now be much harder to fulfill the conditions for qualifying for zero tariffs on these products. However, there is still a question of how these conditions will be applied in practice. The implementing legislation creates a new interagency committee for the purpose of reviewing the operation of the updated, and far more stringent, rules of origin (RoO) requirements for automotive goods. Rules of origin are part of every trade agreement and specify the amount of production that has to happen within the territory of the parties to the agreement in order to qualify for a preferential duty. RoO can have a big impact on whether or not companies even bother to utilize the preferential rates of a trade agreement (if they are too burdensome, sometimes companies just pay the normal tariff rate).

In Section 202A, Special Rules for Automotive Goods, the legislation creates an interagency committee to implement these rules. The Chair of the interagency committee is the U.S. Trade Representative. It also includes the Secretary of Commerce, the Commissioner of Customs and Border Protection, the Chair of the International Trade Commission, and “Any other members determined to be necessary by the Trade Representative.” This oversight mechanism places a significant amount of discretion in the hands of the executive branch in implementing these new rules. There is no role for Congress here. Such an important change to a highly integrated manufacturing sector across the three countries warrants, at the very least, a consultative role for Congress. How these provisions are implemented will have a significant impact on how much the new rules raise the cost of manufacturing autos in North America.

The second issue is one of the biggest changes announced last week: There is a vast and uncertain new process created to oversee Mexican labor reforms, including special panels to review practices at specific Mexican factories (someone on Twitter referred to this as a Labor Avengers Squad). Again, there will be an interagency committee to decide whether to pursue cases; there will be U.S. labor attachés assigned to monitor the situation in Mexico (this caused some outrage in Mexico, resulting in a letter from Ambassador Lighthizer to smooth things over); there will be the possibility of "rapid response" panels made up of independent labor experts to evaluate specific complaints; and the remedy will be penalties applied to imports from the factories in question. There is definitely the potential here for a litigation boondoggle and a powerful new mechanism to restrict trade.

And finally, with regard to congressional/executive separation of power issues, one of the most important parts of the implementing bill is the provision that explains how the "sunset clause" will function. We addressed problems with the sunset clause late last year when the USMCA was signed. The most troubling aspect of the legislation is that it appears the role of Congress will only be consultative, as described in Section 611, Participation in Joint Reviews with Canada and Mexico Regarding Extension of the Term of USMCA and Other Action Regarding USMCA. Consultations are great, but the most important element of congressional involvement is not addressed: a vote. While USTR is obligated to consult with Congress regarding the review of the agreement, Congress does not have a final say on whether or not to extend the agreement. This is a problem, as it means that the executive has the sole power to decide whether or not to extend the USMCA as part of the joint review/sunset clause process.

Similarly, in Section 621 on Termination of USMCA, no additional clarity is provided with regard to USMCA Article 34.6 (the withdrawal provision). In the context of NAFTA and other trade agreements, there has been a big debate on who has the power to withdraw from trade agreements. Through this implementing legislation, there was a chance to clarify that Congress has a crucial role, and that a president cannot withdraw on his/her own. A failure to clarify this issue here is a missed opportunity.

Many politicians and interest groups involved in the debate over the fate of NAFTA seem eager to put everything behind them and ratify USMCA as quickly as possible. We think it is worth discussing and debating what's in USMCA first. A lot of these changes will have serious consequences, and it's worth understanding them better before plunging forward.

This article by Simon Lester and Inu Manak appeared at CATO on Decmeber 16.